Next stop was Camargue in France! 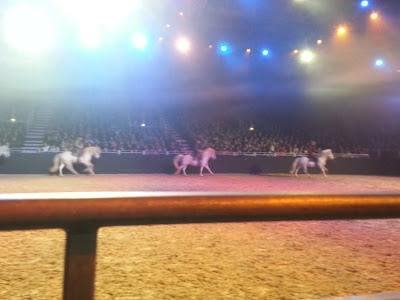 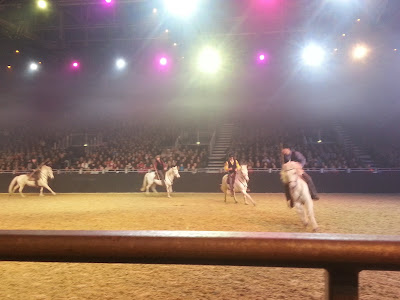 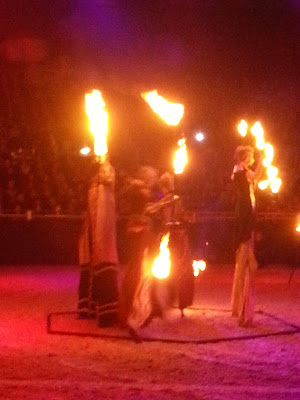 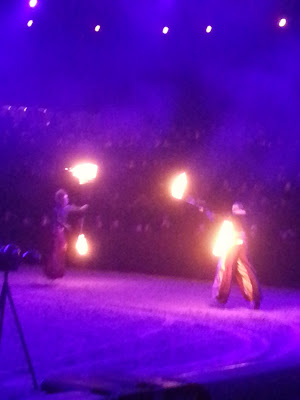 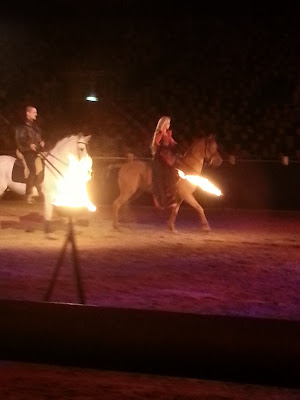 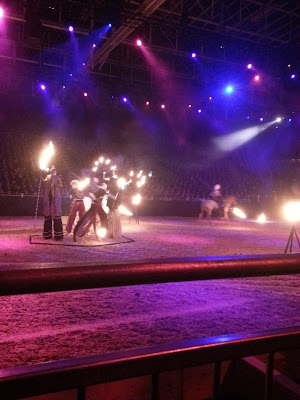 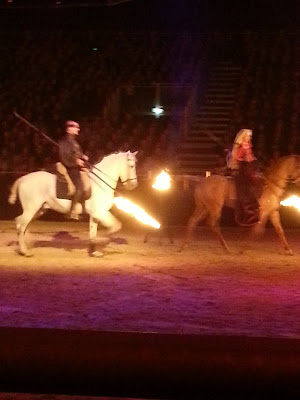 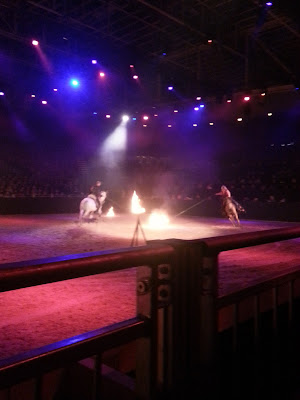 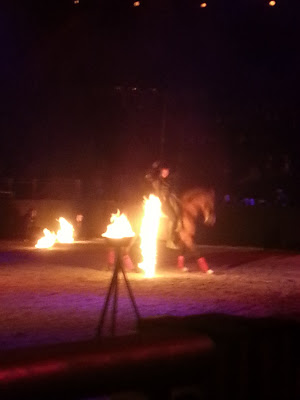 Almost forgot the three videos from the final build up of this act!

Then came Frédéric Pignol with his gorgeous horses! 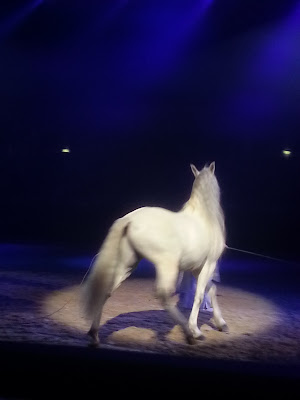 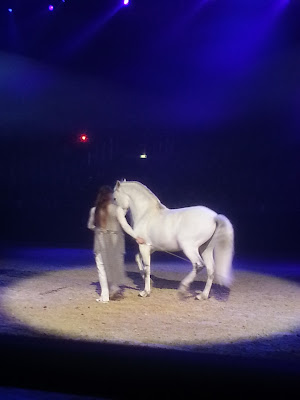 Traded the stunning white horse for three gorgeous Friesans - Nancy watch out, your training might be about to change! ;-) 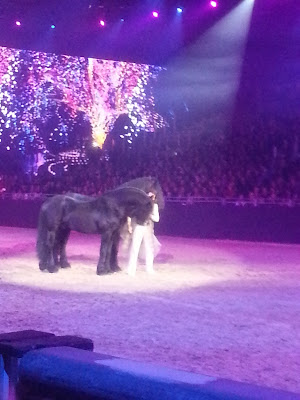 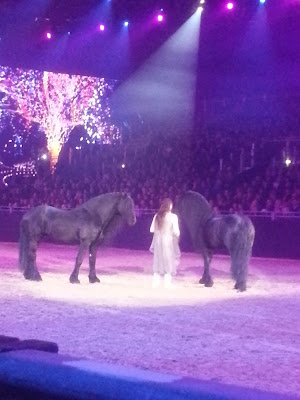 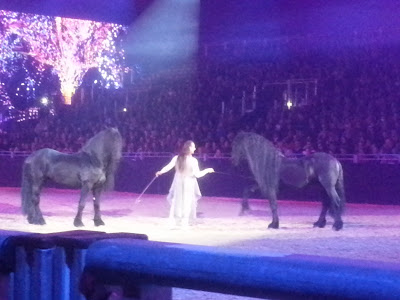 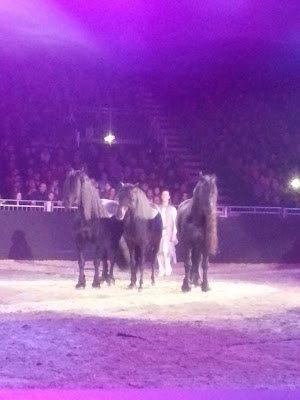 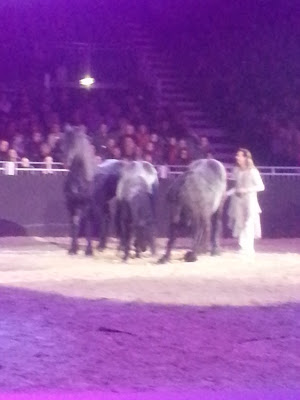 Don't worry I have warned the Guru (who is a fan of long manes) that Nancy's will never be allowed get that long! N isn't the biggest fan of having her mane brushed & likes to lie in her own mess in the stable - so letting her mane get that long would be a nightmare!

The Funky Fjords were next - these were mad. The skills of the drivers was something else! There were so many of them going at such speed, it could have been carnage - not sure if the videos & pics do them justice to be honest - they were unbelievable. I Loved them! 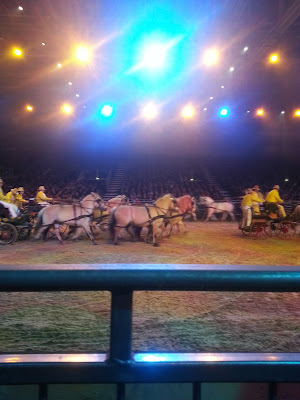 And the Finale of the Festivallo show was none other than Lorenzo and his hareem of white horses!
There were 16 of them under his control at one stage! AH-MAY-ZING doesn't begin to cover it - photos & videos then I promise i'll leave you alone for today blogosphere! 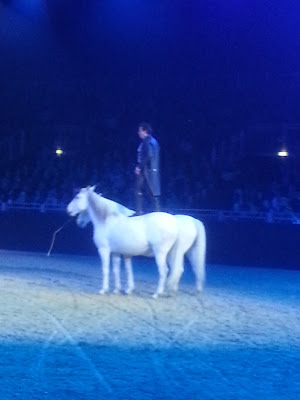 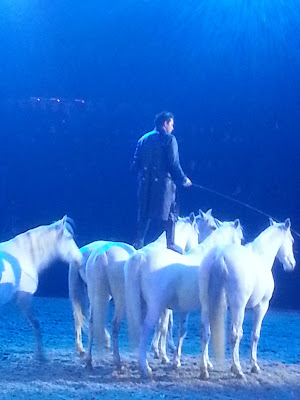 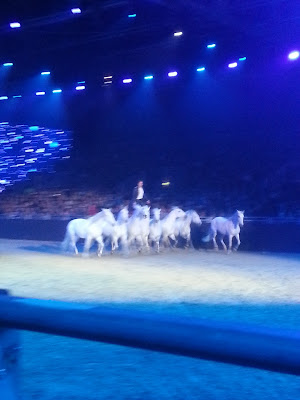 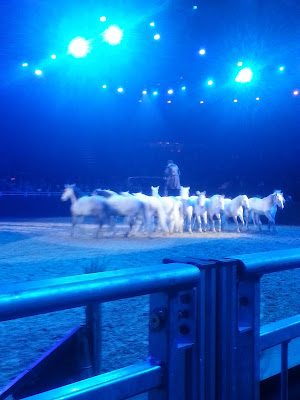 He did make it over & under the bar after i made this video clip - but battery was beginning to die so I couldn't make any more videos :( 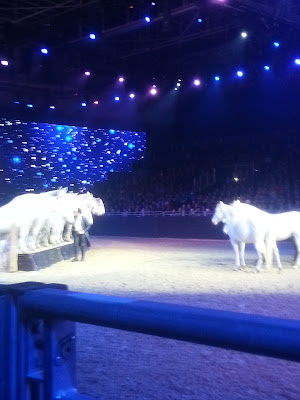 Hopefully I will get back in two years time! I have one or two more photos of stands for my BoT loving readers - but they can go in another post as I think I have done enough blogroll spamming for one day! 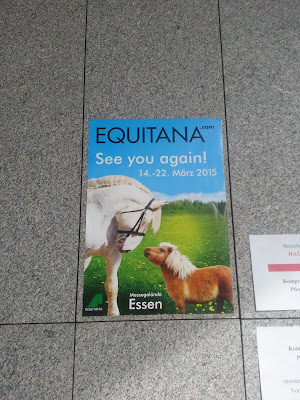