This post has been a long time in the making, apologies of it gets longwinded as per usual. Some may remember my mentioning last year that I was afraid Nancy had developed some form of sweet itch. Sadly I have since learned that Friesians can be prone to it, the poor pets - a side effect of their gorgeous flowing locks I guess.

This is Nancy's 4th summer with me here in Lux (sidebar - eek time flies!). The first few she spent in fields without access to something to itch off so for all I know the poor dear was suffering in martyred silence. Last summer the turnout field they were on ran out of grass after a few months - the monsters were eating it faster than it could grow 😂
So the YO put in a metal hay "dispenser" (for lack of better term) - LINK to post with pics from last year.
Nancy had an ideal scratching post and made great use of it last summer by massacring (sp?) her lovely long locks. 😢 This led to me giving her a buzzcut when being clipped for the winter to give her mane a chance to grow back at the same rate & the scabs she had given herself a chance to heal properly. It was odd to look down when she had "no" mane during the winter, but it grew back into a cool mohawk & eventually flopped evenly on both sides in a random cute middle part. 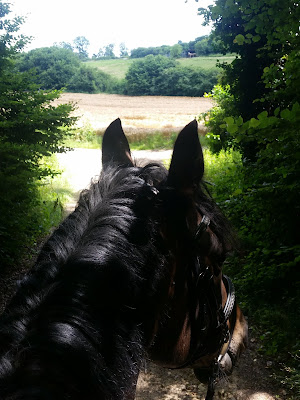 Sadly however, as I am learning with research sweet itch gets worse before it gets better *ahem*
This summer Nancy went straight to the itching post (hay dispenser) and massacred the mane growth she had managed, giving herself a nasty welt & bald patch at the base of her neck. Fly sprays weren't helping (obviously) and popping her under the shady trees for hot afternoons just gave her more itching posts to chose from in the form of trees. When she seemed incapable of stopping herself from itching herself painfully bald I took drastic measures and assaulted her with different oils & creams (see pictures) and had the hay dispenser removed from the field. Sorry gals - you're going to have to go old school and eat your hay off the floor like animals *gasp* 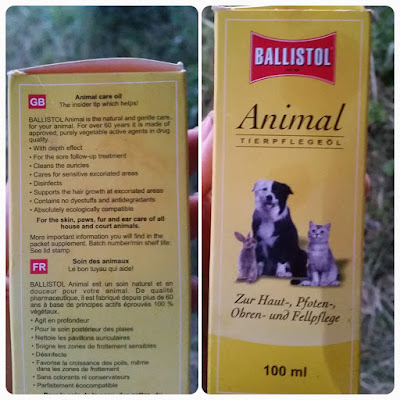 I alternated the oils & creams applications, using plastic gloves for application as the cream stinks and the oils are super sticky 😶
I rinsed the affected areas every evening before reapplication of the different products which were combinations of itch soothing & encouraging hair regrowth if i remember correctly. Needless to say Miss Thang got stubbornly ratty in her Nancy way as she doesn't like wounds or ailments being fussed over - but all in all she was a good sport about the whole thing. It was really only treating her ear which caused her the most consternation... bear in mind she's still Nancy so she'd just lift her head up and try to get her ear out of reach. Sadly for her I'm sneaky and taller than she thinks, so I typically managed to get the offensive products on her ear first try before she could stubbornly raise her head. And if I didn't, it wasn't a big deal and I'd get a step 😂 - sorry poneh...I'm more stubborn than you! 😈

I also bit the bullet when I saw that the awesome Divoza were having a sale on fly sheets & snapped up the Horseware Sweet Itch Hoody I had been eyeing since last year for a steal @ €99 + taxes but free shipping 😇 As a bonus, the delivery service they use leaves my parcel at a nearby petrol station for collection if I'm not there when it's delivered & because I work full time I'm never there during the day 😂 I ordered on a Wednesday and the parcel was delivered on Friday morning and ingot my grubby greedy little hands on it by that evening.
When I opened the box I was super pleasantly surprised to see it came with a fly mask - extra bonus.
I 😍 that store so much it's dangerous! TG my financial sitch atm means I cannot go as mad as I'd like...but one day Divoza your site will seriously benefit from my trigger finger.


Sorrynotsorry for photospam of the latest green alien to land in Luxembourg! 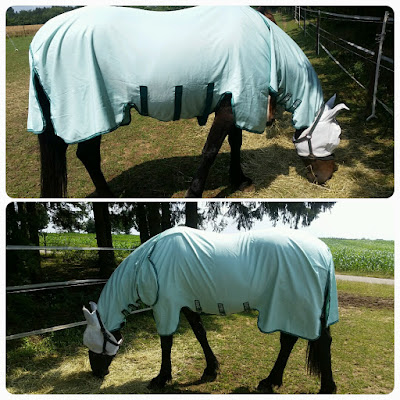 Another yard friend mentioned a product called Bye Bye Itch (which my brain initially misheard as Bye Bitch & I gotta say I prefer that name 😆) which is a combination of feed additive and application product which has helped his wife's Arab live out in his retirement 24/7 without any flare ups. I'm going to research this option for next year as it's a treatment that ideally needs to be started in February. I could double dose her now but I feel confident that I have it under control for this summer with my lotions, potions, rug & removal of itching post. There is also apparently an injection she could get but when I broached the subject with my vet last summer she wasn't overly enthusiastic about pursuing it and suggested I give the rug route a try first.


In under saddle news, same old same old here. I'm not getting into the tack as much as I'd like, but that's pure lazyness on my part. PL comes three times a week to ride Nancy & I clamber aboard for the odd stroll in the woods. Although this evening I plan to ride both in the arenas & hope that Nancy's peeing tendancy from last week was connected to her being in season and not a thing she has now decided to do every time. She urinated once more with me & at least once with PL since my last post...hopefully I'll remember to post about this evenings spins tomorrow 😅
Posted by Aoife at 14:49