I called the osteo as under saddle Kika has been losing her back end randomly in arena work. I wasn't sure if this was due to muscle wastage from the months of little work earlier in the spring/summer or if she was after knocking something out in her hind end. 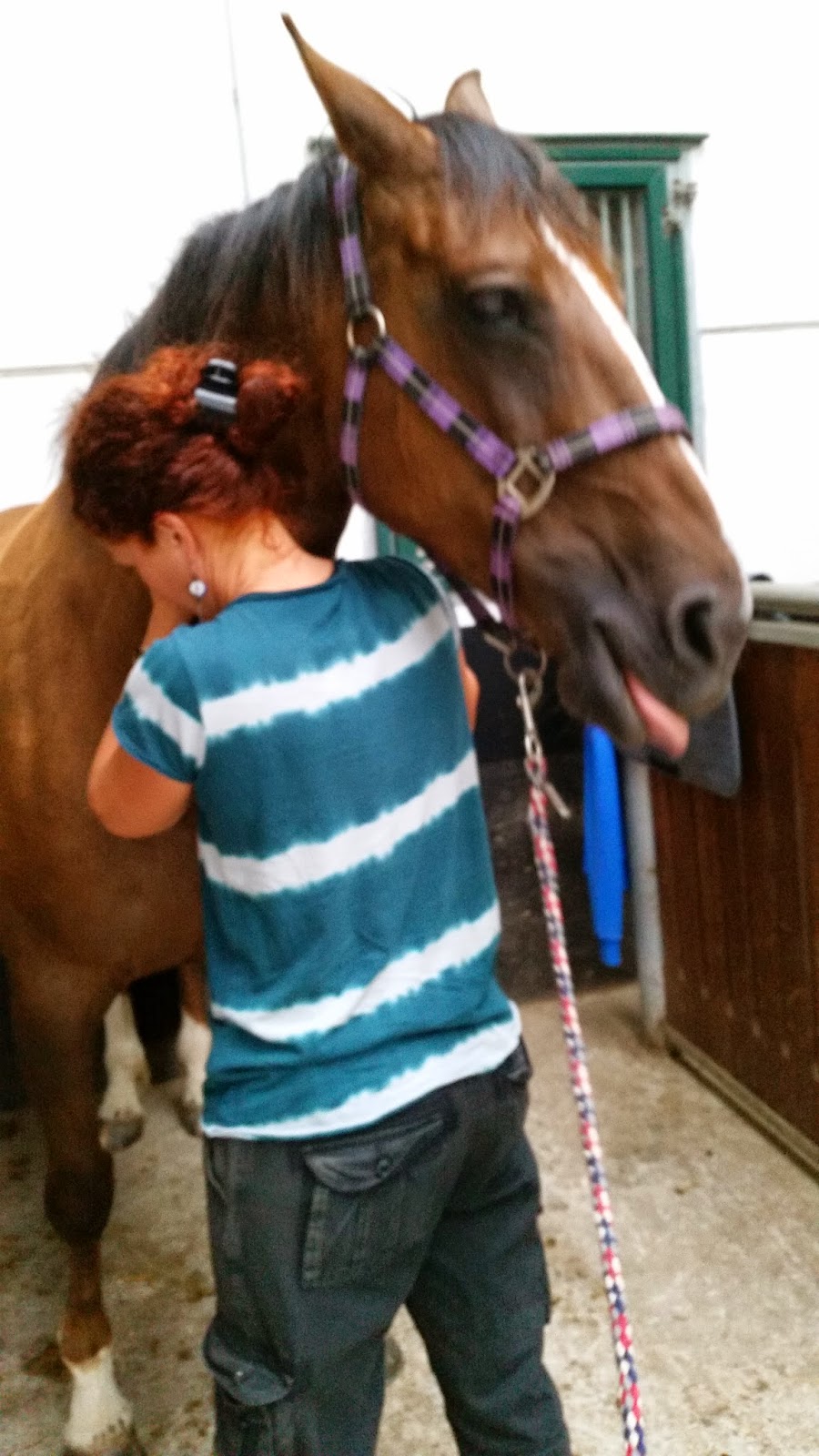 The osteo (B) assured me her back & hind were muscled enough to support work. I personally think there is an insulation layer of fat playing tricks on the eye of the beholder. 😜
B did say that one of her hips was skewed - Yay instincts standing to me. K got her whole spine worked on from poll to tail & has garnered herself a further 2 days "rest". She will however still be spending time on the walker when I ride Nancy as i don't want to leave her in the field on her own. 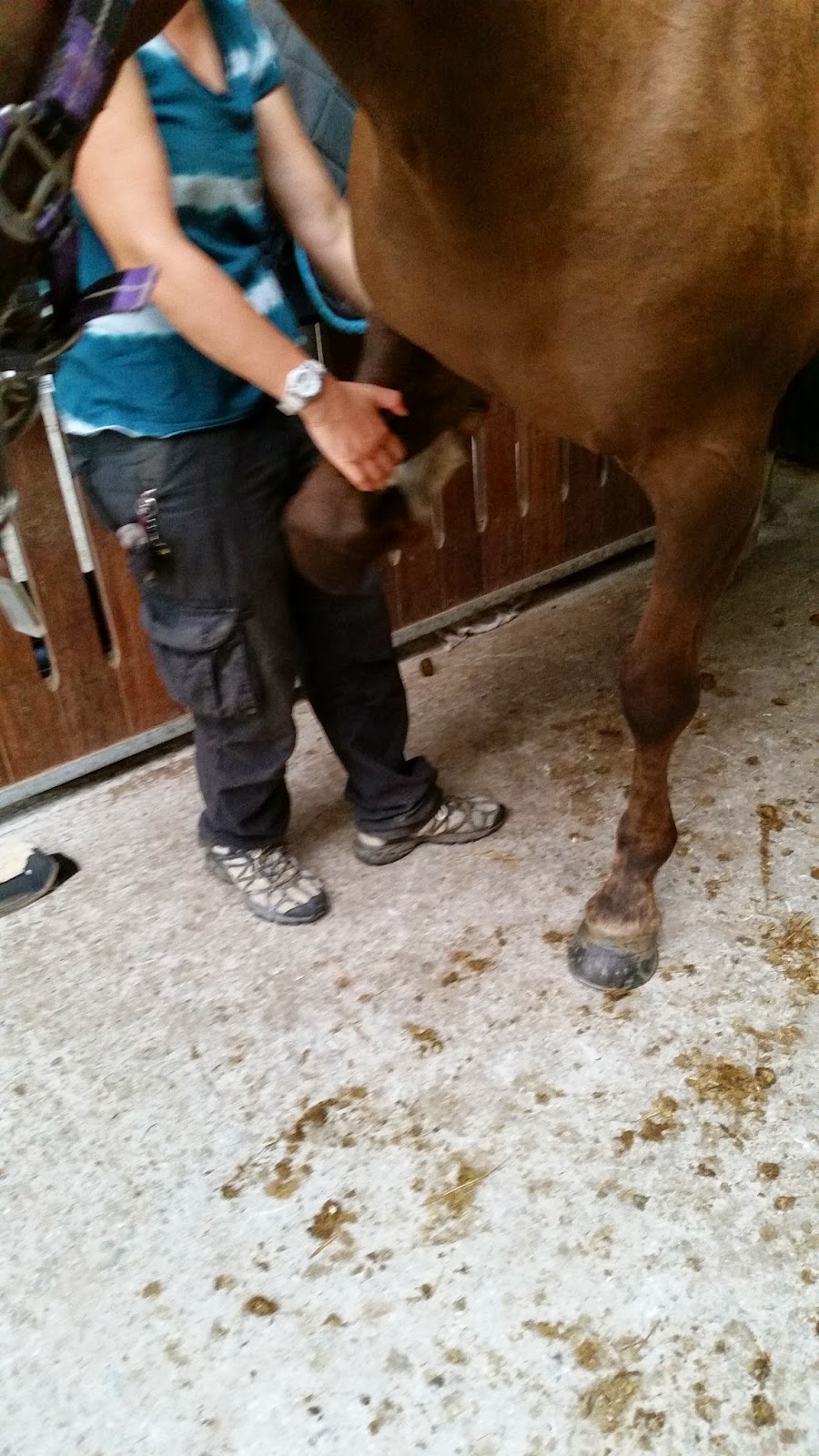 Nancy also got a bit of a rub down, although thankfully didn't have anything out or sore. She had so few adjustments that B said she can stay in ridden work - maybe I will be able to have my first lesson this week after all!
I had cancelled it as S (new trainer) is competing on Friday and with osteo visit last night i knew if the girls had work done they'd need 2 to 3 days recovery after manipulations. However I'm hopeful of getting Thursday afternoon off work and getting a lesson.
Fingers crossed!!


Nancy also cemented her place in another person's heart as B kept gushing over her calm & sweet disposition. N should run for politics - she would sweep all before her the way she wins people to her cause 😉
No photos of N getting worked on as she had so little done! Blink & you'd miss it type stuff...


Finally, I'm shutting up after this - Promise!
Funny story, I have taken to plaiting my fringe back to keep it out of my eyes/face while i am growing my hair out. I fasten said plait with Kirby grips...I have lost THREE while doing the girls feet as they swish their tales at flies above my head and somehow catch in the clips and whip them out. I check their tales to try and find the clips but no dice!
I don't know what they do with them, flick them away like missiles at the flies?!