There is a nip in the air the whole time now and we have had our first snow, so I can no longer delude myself into hoping for a mild winter like last year. #sadtimes 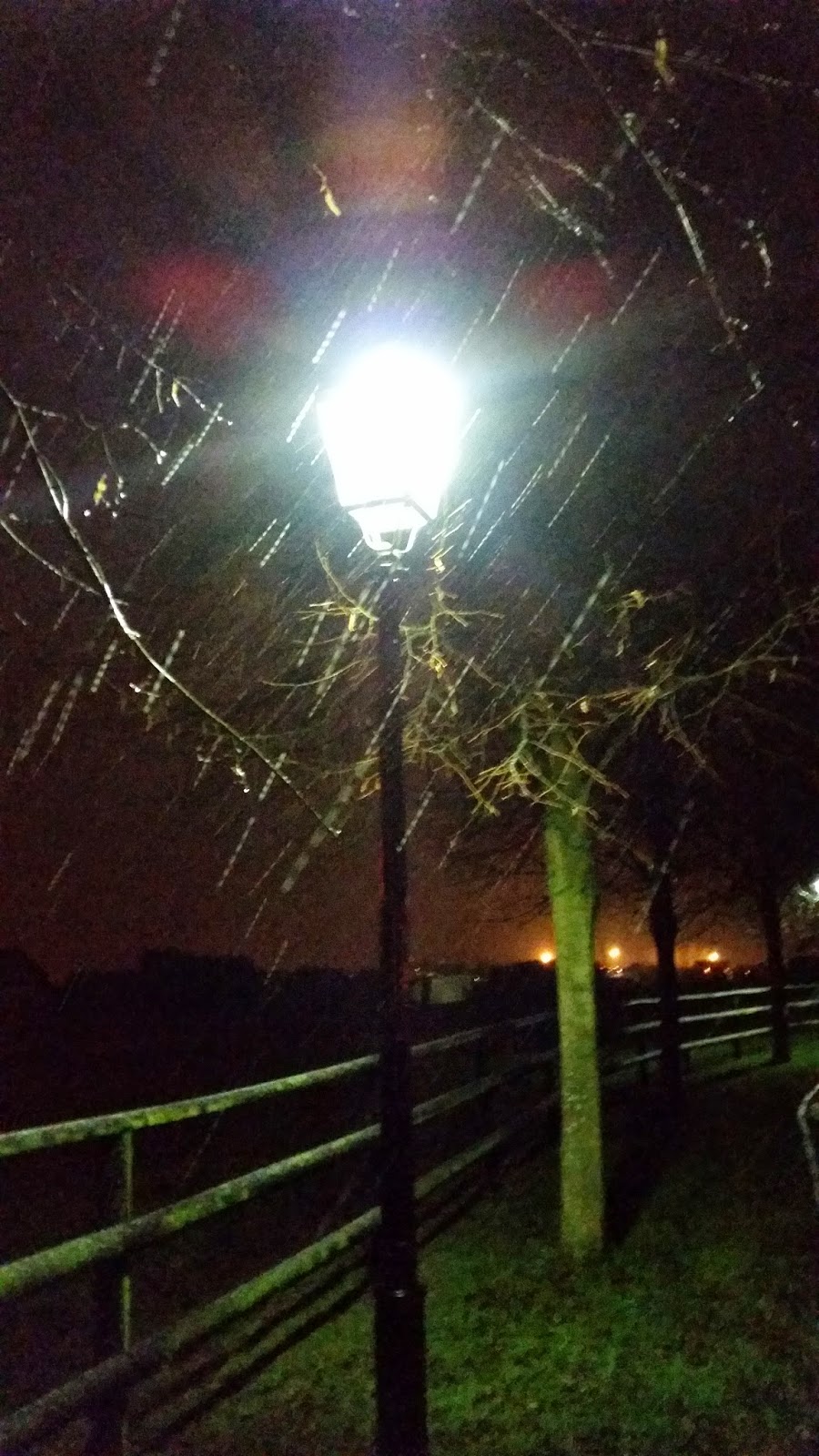 The girls have been in good form despite more downtime from work due to my job spilling into overtime which means no saddle time. We'll i can't completely blame my job, I was volunteering on a stand to sell Irish things (like wool knits, foodstuffs,  irish coffees, smoked salmon & brown soda bread etc). Every year an International Bazaar is held over two days in an expo center where hundreds of stands set up to sell produce from their countries or second hand books etc to raise money for charity. Last year the whole thing raised over €500,000 shared amongst a number of worthy causes. Every year I volunteer on the Irish stand for a 3-3 1/2hour window, I am usually there longer though by the time i get sustenance in the form of super tasty food either side of my shift. This year I scoffed austrich burger & boer sausage with peach chutney from the South African stand and delicious Souvlaki from the Greek stand over both days as well as picking up two packs of candy canes from the American stand to hang on the Christmas tree when it goes up and then periodically scoff as the feeling takes me.
Anyways i was there from 12.30 to sometime after 4 on Saturday, then 10 till after 7pm on Sunday as i helped dismantle the stand when all was done.

I managed to turn the girls out Saturday morning before 10 and brought them in sometime after 8pm. Sunday & Monday they weren't so lucky sadly and spent 2 days and nights in their stable as i couldn't get there on my lunch break Monday due to covering someone else's work on top of my own. I think that is he most time they have spent in the stable without turnout - definitely since Nancy got here and for Kika probably since she started going out in winter so like 2012?!


All that guff above and i am only now getting to Nancy's sillies last night. When bringing them in from the field last night she slammed on the brakes and refused point blank to be the brave one to walk past the scary works, traffic cones, orange mesh etc. I was very pleasantly surprised when Kika showed more faith in me and allowed herself to be coaxed past in front.  Nancy happily followed on without issue , well I don't count staccato steps, bugs eyes and snorting from the pair of them as issues as they were moving in the direction I wanted lol.


I managed to ride Nancy for the first time in exactly a week (my life is such a shambles - where does the time get to?!) - she made me laugh so hard as her stubborn draft streak came out. A couple of our halt transitions were met with an immovable force on her side. When my pony club kicks were met with indifference and lack of mobility i pocked up a crop - she def changed her tune then and went almost to her other extreme where a request for a canter transition was met with a crow hop depart. I laughed so hard and decided I have to be more consistent with her. It really isn't fair :-/
Posted by Aoife at 17:50