After not making it to the barn on thursday, despite great intentions to attemp some bareback schooling due to our saddle issues. I felt really awful when i got out to her yesterday (friday) evening to bring her in from the field for a groom and a massage - to find her badly lame on her front right leg and a nasty cut from what i suspect is a kick just above where leg joins her body (slightly under her shoulder).
With her hobbling and quite down in herself, i brought her in with a friend (A) and called the vet as it really was quite nasty and swollen and she has a haematoma on her chest which i hadn't noticed at first. I hosed her for the hour or so before my vet got to us (was on another call), in the mean time our (her) masseuse came to see her as word spread through friends that K was after getting hurt - she is also a homeopathy person (is there a special name/term for homeopathy practitioners?) and gave me some Arnica tablets and something called Belize tablets (spelling may be incorrect). Both tiny little tablet-things, like drop one and you're not going to see them again! She told me to give her 5 of each to take the edge off till the vet got there and help kick start the healing process - reassuring me that they wouldn't affect anything the vet might have to give her.

Vet said that although cut is quite deep it's positioning is not ideal for sticthing as any and every movement could cause disruption - that and the fact that the wound was not fresh so stitching it up was not a good idea. She gave Kika anti-inflammatories etc and advised that i keep it clean, which includes my having to pull bits of the skin flap up to thoroughly rinse it out and gave me powders for her feed, stuff that i can't remember the name of to syringe into her and cream (smells kind of like deep heat for humans but is green) to rub on the haematoma after cold hosing. I also have  a spray to put on the wound once cleaned! The vet said she'd be back tomorrow (sunday) to re-evaluate and see how she was moving and decide whether or not to alter the dosage of the syringe.
The main wound is near the shoulder nerve as such makes it difficult for Kika to extend her front leg properly when walking, forcing her to take short choppy little hobbles which really are awful to watch! So she is on box rest with minimal walking allowed. The maximum she can do is hobble to the nearest patch of grass for a graze and to see something other than the inside of the barn and the wash bay.
The poor pet was very sore last night especially when the vet was handling and treating the wound, she stood good as gold for the hour i was hosing her - almost dozing in fact, which is a testament to the pain she must have been in as she is not one for standing still/quiet for any length of time. She could put weight on it yesterday but was more inclined to rest it, however could put enough weight on it to hobble.

She was considerably better today, extention was better in walk than it had been last night so something must be working as i was afraid she'd be 10 times worse for standing in the stable all night and morning. I hosed the wound, cleaning it out as i was instructed without giving her any of her medications and she stood still not shrinking away from me as she had the vet last night - so again i am hoping this is a good sign that hopefully it may not be as bad/serious as was feared last night, although then again it could be the anti-inflammatories after kicking in and lulling her into a false sense of better-being... Also cold hosed the haematoma for 30mins, massaging it a bit while hosing - she wasn't so fond of this but didn't put up a fuss or menace meaness. Rubbed on her cream, gave her her other stuffs and sorted out her stable for another night indoors. I decided against taking her for a nibble of grass until vet passes again tomorrow as while i could def see an improvement in her from yesterday i don't want to risk doing anything that my have a long-lasting detrimental effect!
Vet couldn't say last night how long she'll be on box rest for or how long she'll be lame for, hence re-evaluation tomorrow and then again at the end of the week. Due to proximity to shoulder nerve of injury, she is being very cautious while the nerve 'regenerates' itself and starts the healing process before attempting to gauge lasting damage to mobility.

I did snap some pictures on my old phone while i was hosing her before vets visit last night - sorry very poor quality - typically new phone with better camera was charging at home as all this went down. Didn't get any after vet's visit or today as i forgot, will endeavour to think of snapping some more tomorrow for comparisons sake, although picture quality may make comparisons difficult... 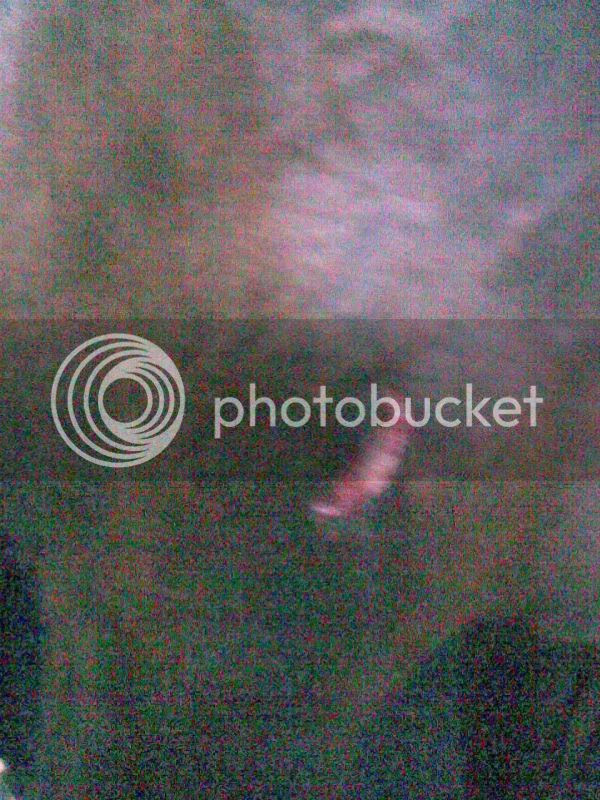 Haematoma (left-hand side of pic as we look head on): 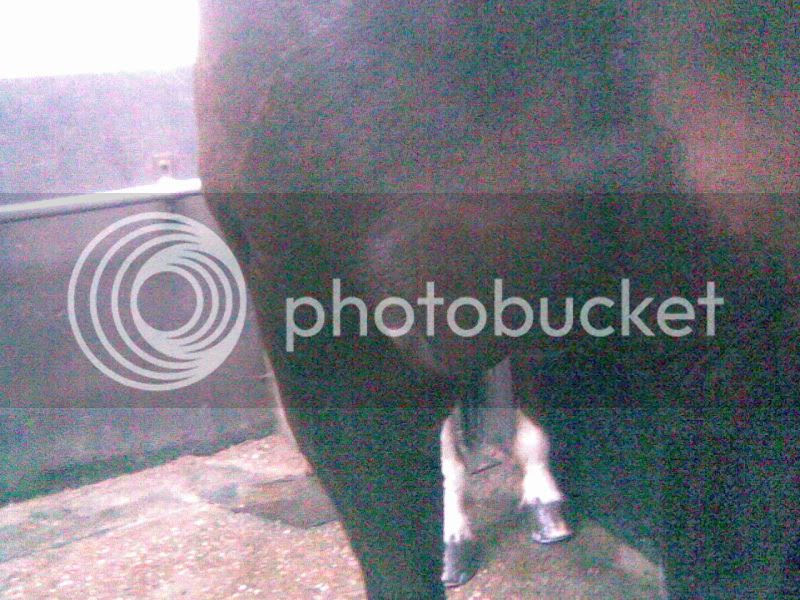 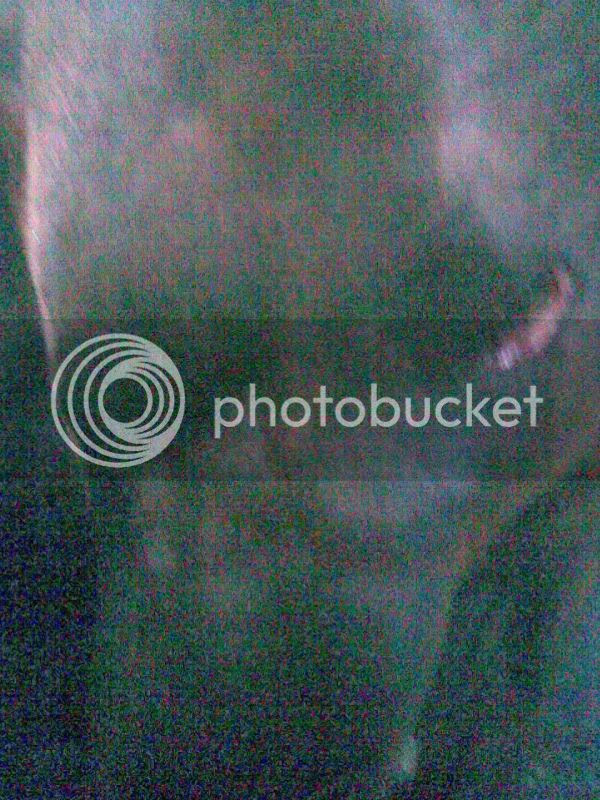 Everyone from the barn has been so nice and supportive in enquiring about little Miss Kika's wellbeing, it really hammers homw how lucky i am to have managed to get a stable there. The people are lovely, kind and caring and really can never do enough for you or to help you!
*snug*
Posted by Aoife at 22:24