As always I hope to keep this word light, or at least I really should as it is almost 9pm and I have to be up again at 12.15am to be at a sports arena for 12.45 to show my support and walk for charity/cancer awareness as Lux undertakes the 24-hour Relay for Life.
My parents and I have a 3 hour window where we'll each take a 30-minute slot and end up walking an hour each...or jogging in my dad's case if his knee holds up.
I'm afraid I'm too lazy & unfit to attempt to jog! *blush* 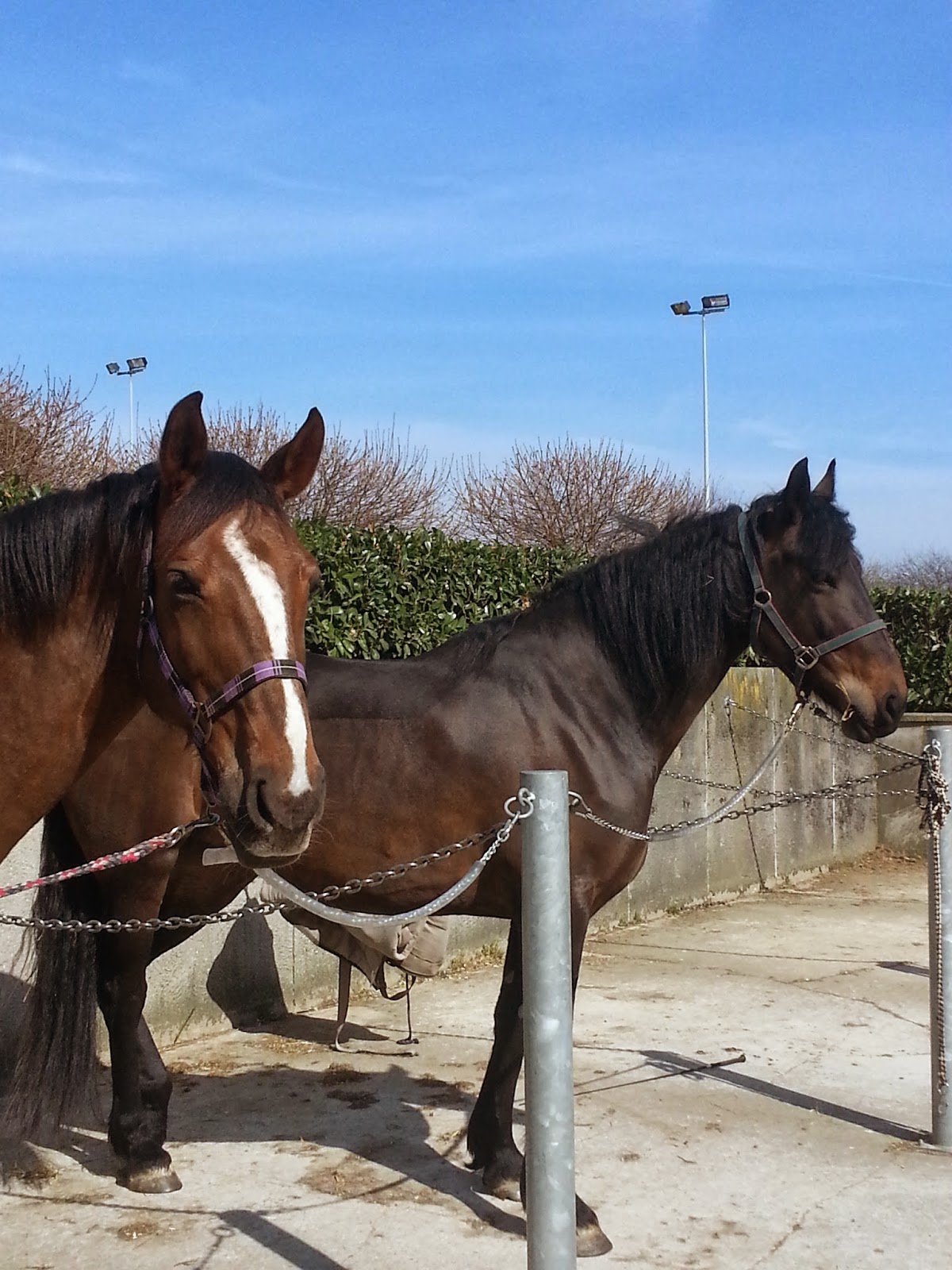 I did get both girls ridden today as I spent 6 hours at the yard annoying them, I probably only spent a little over 30 minutes in each girls saddle all the rest was faffing around setting out poles, grooming, rinsing, putting away poles, turning out, sorting hay & water for turnout & cleaning stables...you know the drill.
More time is spent taking care of horses than actually riding them, lol!
Don't get me wrong - I LOVE IT! I can;t think of a better way to spend a sunny Saturday afternoon.


Brilliant photo-taking skills on display from me here....

Both girls were good for our pole work despite them getting barely any saddle time of late and the same someone coming in to lunge the same horse for the same audience in the middle of my pole set-up so that I was forced to work on the outside track while she was there and not poles...weird as neither time did she say anything to me, so I have no idea what was going on. 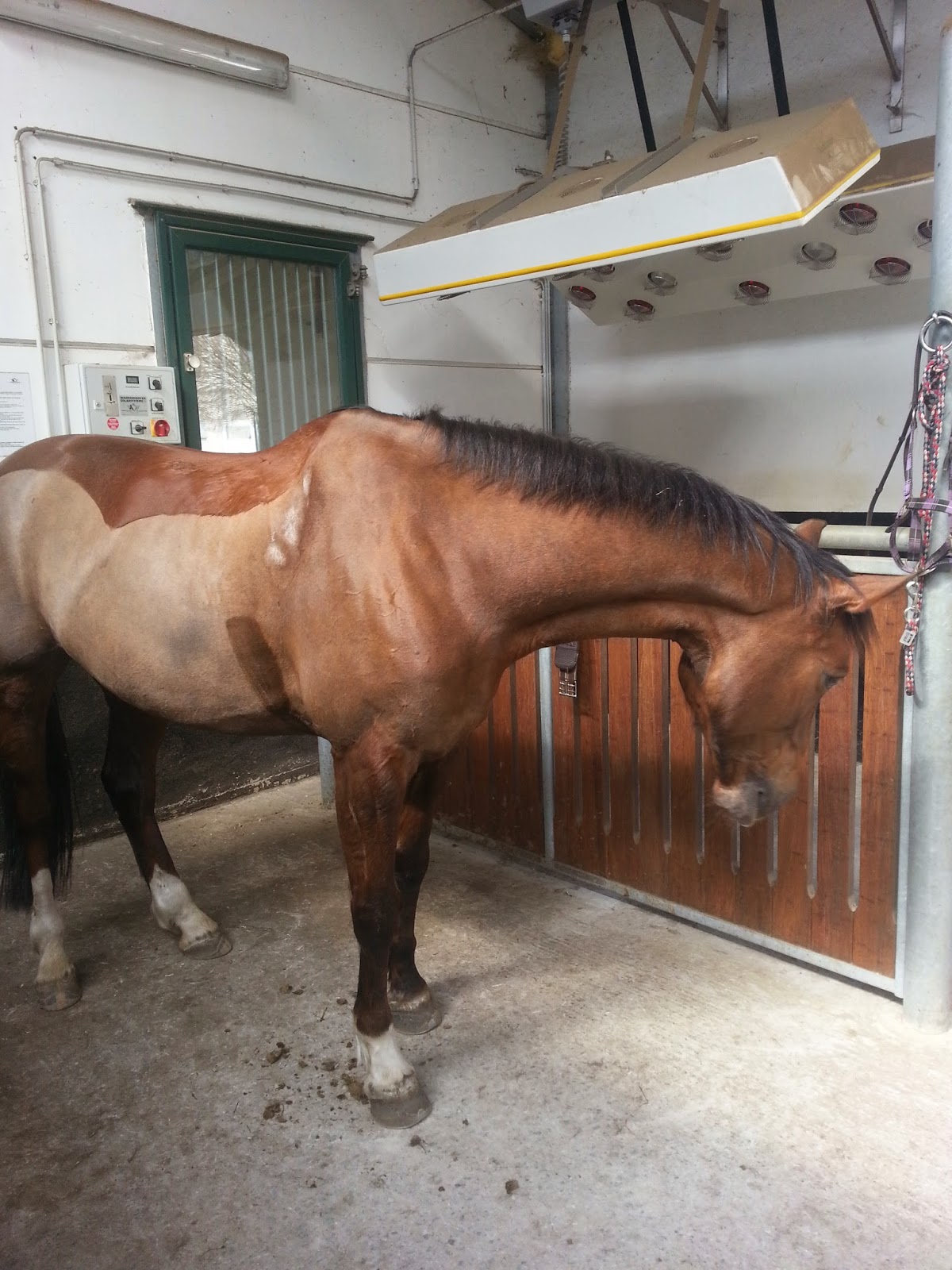 Kika earned her first shower of 2014 (it hasn't been warm enough before now) and sunbathing afterwards.

The following photos were taken in sequence as the girls sunbathed together...life is hard, huh?

I should probably also point out at this stage that there was pony-stallion gradings going on in the arena facing them. Although they couldn't see in or get upset by fermones from where they were soaking up the rays. They could catch glimpses of activity to the left - hence pretty pointed ears.


Then it was Nancy's turn to get pampered while Kika scoffed her lunch in her stable- actually i think this post epitomises the reasoning behind my Pampered Ponies blogname...agree/disagree? ;-)

Oops it's almost 10pm, if I want to get any rest from this nap I'd best shut up and catch some Zzzzzzzs. I'll hopefully check in tomorrow, but I am as yet unsure as to whether I'll be in a state/mood to ride as it'll probably be 6am before we get home with the clocks going forward!
Posted by Aoife at 21:54