The yard was a hive of activity today as Apparently there is a  on petition there tomorrow, which I hadn't realised till I saw the food stands & tents set up when I got there today. This made bringing my girls in fun, especially after we navigated the work site in front of their field. Including all kinds of heavy machinery - thankfully at a standstill otherwise they would've stayed where they were ... I don't have a death wish, leading the pair of them in together along a public road is challenging enough without adding in actual heavy machinery to the mix.

They were happy as two pigs in muck when they got in as you can see from the photos, they had had a great couple rolls, so I had my work cut out for me to clean them up for tack. I groomed them both together and half-tacked Kika up (saddle) before popping Nancy on the walker while i started with Kika (as she sweats so much she needs more time to dry out after). Kika was super, we just covered the basics of walk/trot/canter as there were two others in the arena with us who were getting a lesson so i was conscious of staying out of the way as best I could. She didn't put a hoof out of line at any stage, she stumbled from time to time but that was more my fault than hers as i doubt I had her revved enough as i was keeping an eye on others so she probably dozed off & fell over her own feet.

Kika got a shower and then spun in the walker while Nancy got some saddle time. We also covered the basics of walk, trot and canter. It was my first time in weeks playing with Nancy's canter, and unlike then we didn't fluff our lead departs. Woop woop! However we had random issues and our spin was cut short as people asked to set up jumps, which wasn't a problem for me, but then one of the owners came to ask for them to be dismantled so that he could drag the arena. Unusually for N she had a spook as one of the girls doing the fences was at the entrance waiting for us the canter passed before coming in to the arena. N didn't see her till the last minute as she had been  concentrating on her canter work so when the girl moved in N's peripheral vision she scooted and broke from the canter, but came back to me wonderfully. It is so surprising to me when she spooks as it happens so rarely lol. Bless her she really is so sweet even when she comes in with half the field clinging to her ;-) 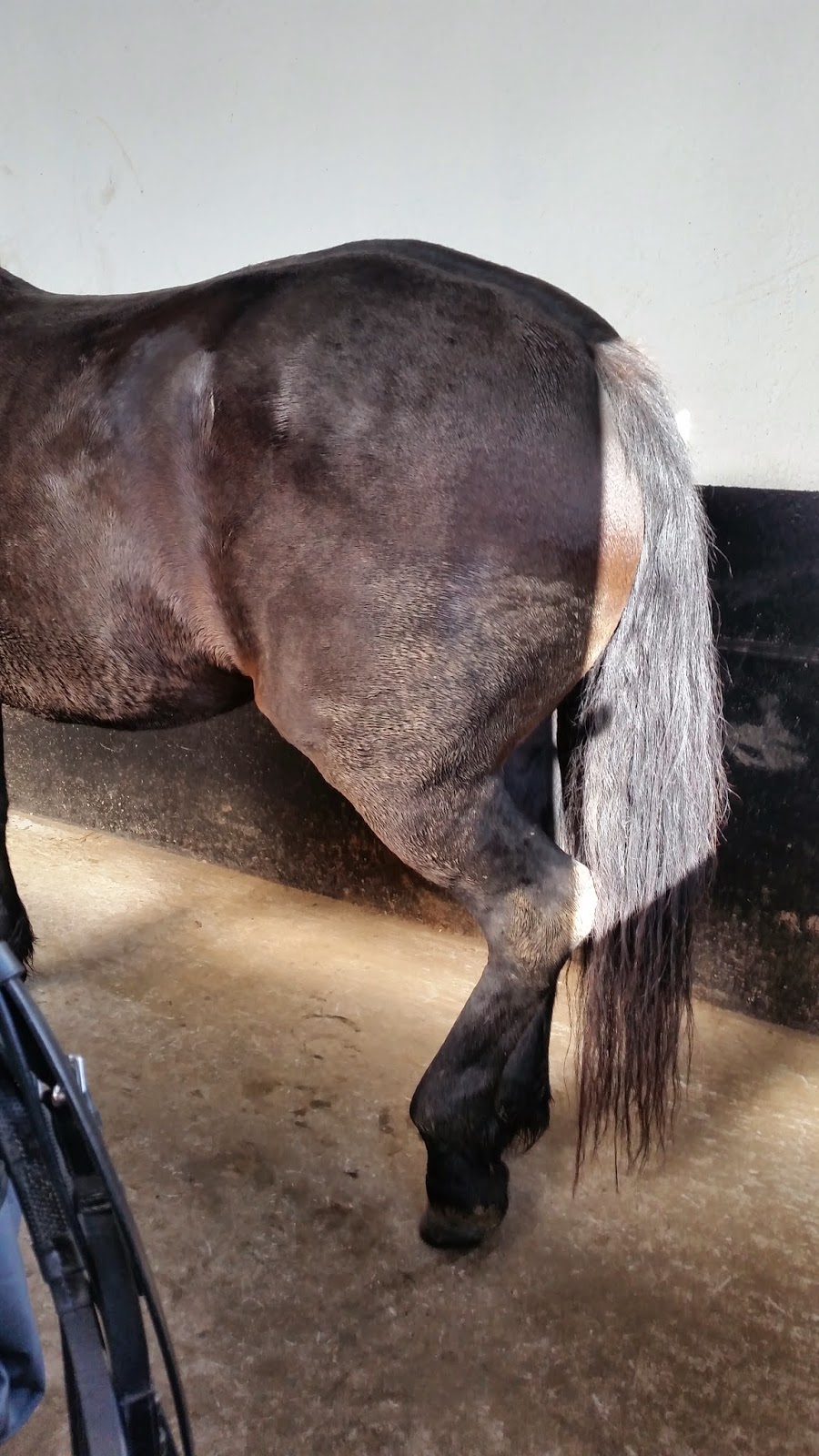