First, let me start off by saying a huge THANK YOU for all your lovely comments on my last post. *hugs*
Funnily enough, the act of typing it & airing my "dirty" secret in public has helped me rediscover my missing drive to climb aboard. 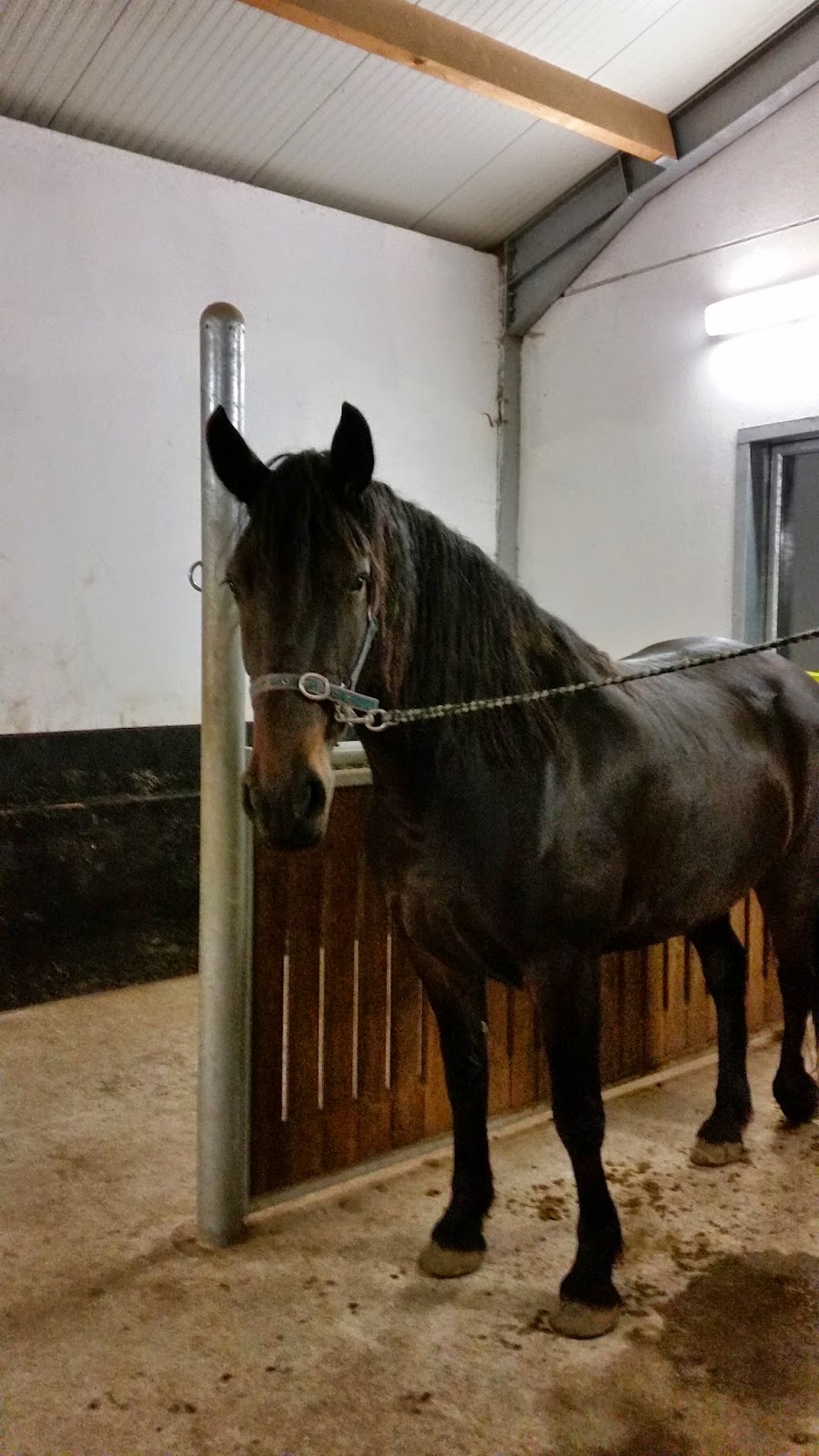 Saturday I rode both, I just covered the very basics of walk-trot with Nancy, who was better than I remembered at the downward transitions or maybe I was riding better...who knows. We shall try again soon, although I think I ride my girls better after a break as I am not trying to achieve anything in particular. However if we had a good spin I somehow jinx myself for the next spin as I inevitably want to achieve the same outcome but often don't manage as I get all caught up in my head, push myself too hard & am probably seven shades of tense so we obviously cannot repeat the good work of the relaxed day. Silly mental problems! Although I think I am better now then I used to be at just riding what I have under me any given day...we shall see.
Nancy was a big brave girl in the walker all by herself while I rode Kika as the smaller arena Ii usually leave her in was being used for lunging. N was a little wary & nose to the gate when she first went into the walker, but when I went to collect her after a quick 20 minute spin with Kika she was chillaxed in the middle of her slot vs nose to the grate or Kika's ass to the behind grate slowing the whole thing down...K is a liability the lazy sod! 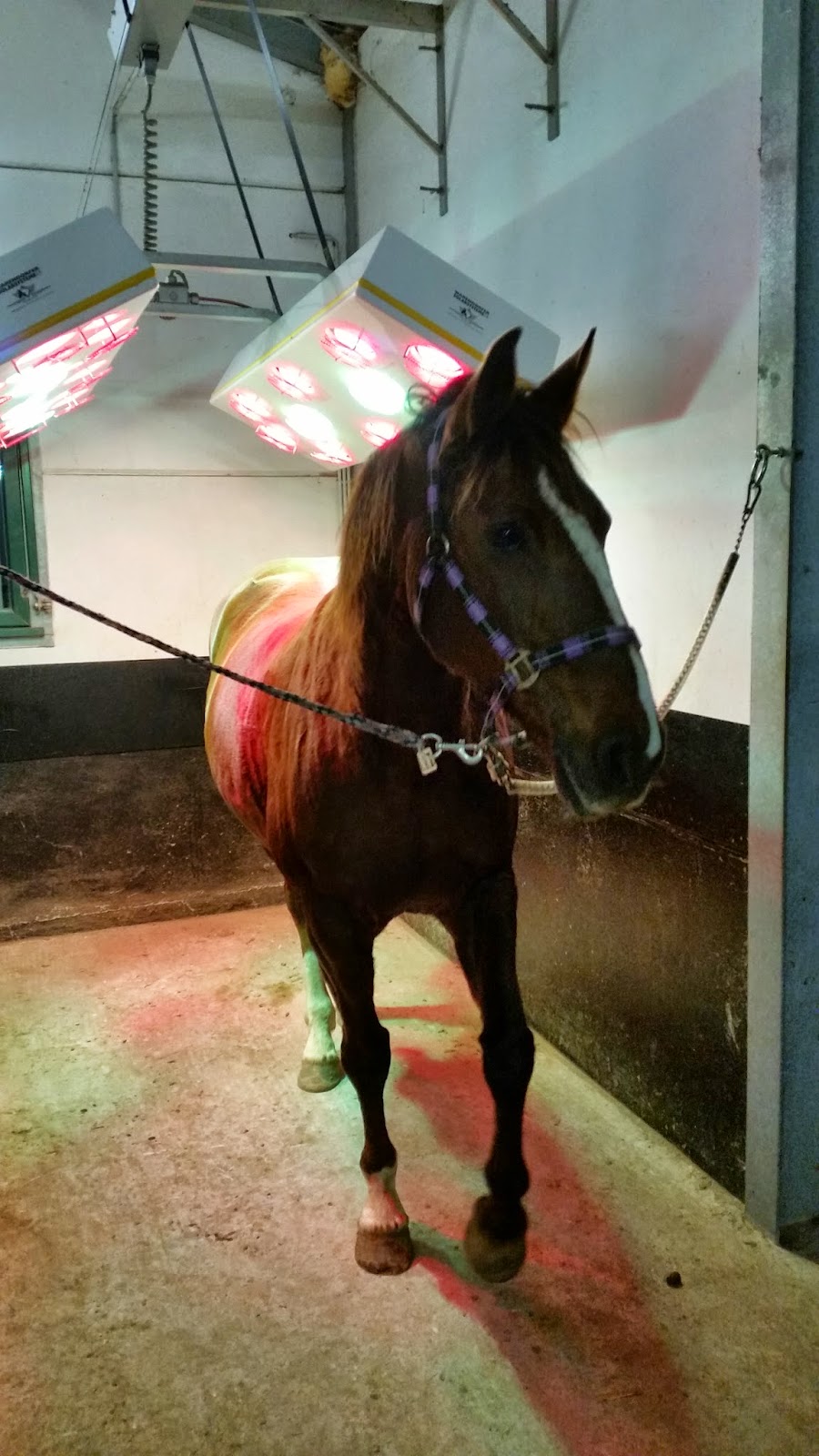 Kika was again very good, is it burning my bridges to say we might finally be out of the woods? She will never be everyone's cup of tea nor 100% everyday, she still challenges my requests all the time and makes me a better rider by ignoring me if I don't ask properly. But she no longer pitches a shit-fit when she's had enough, or perhaps (probably most likely) I haven't pushed her that far in forever.
We worked a little in walk as she had spent my 20 minutes spin-time with Nancy turning on the walker, so not much walk work needed. However when she relaxed across her back we moved up into some trot work, with walk transitions and circles + changes of rein. We also snuck in some canter work as all was going well and she was relaxed, I hadn't planned on cantering as that spin was meant to be a "get-the-feelers-out" spin to see how ouchy she was without the shoes. Not a lame step was taken, so fingers crossed!
Kika is after getting so wooly that our 15 minute spin had her quite sweaty & in need of some drying time before I tossed her back outside for the night. She really is the epitome of a pampered pony! She is a funny creature though and doesn't really sweat while working, yet 5-10minutes after we have finished she is soaked...it is like her body is on a go-slow...or maybe it just takes that time to work it's way through her mammoth growth so that I can see it...hmmm

Both girls are now barefoot, the new farrier/blacksmith(?!), I should probably say trimmer, came on Tuesday evening and removed Kika's remaining shoe (she did only have two to begin with, I am not so heartless as to have her loose 3 & do nothing). She tidied up both girls feet and gave me some pointers as to what I can do to help keep their tootsies healthy etc. I love learning new things & ways to help the little darlings live healthier & hopefully happy lives.
Although of course, Kika has now gone back to pawing when tied in the cross ties...wretched creature! That was why we had to put the shoes back on last time! Thankfully she does do it considerably less often now and she will not be in her stable for one of the two feeding times once she gets back in for the winter (hooray for access to winter turnout), so fingers crossed she won't make her hooves too small & sensitive this time. I feel more comfortable working with the new barefoot farrier as she is very approachable and said i can badger her and ask as many questions as I want. She may live to regret that offer ;-) 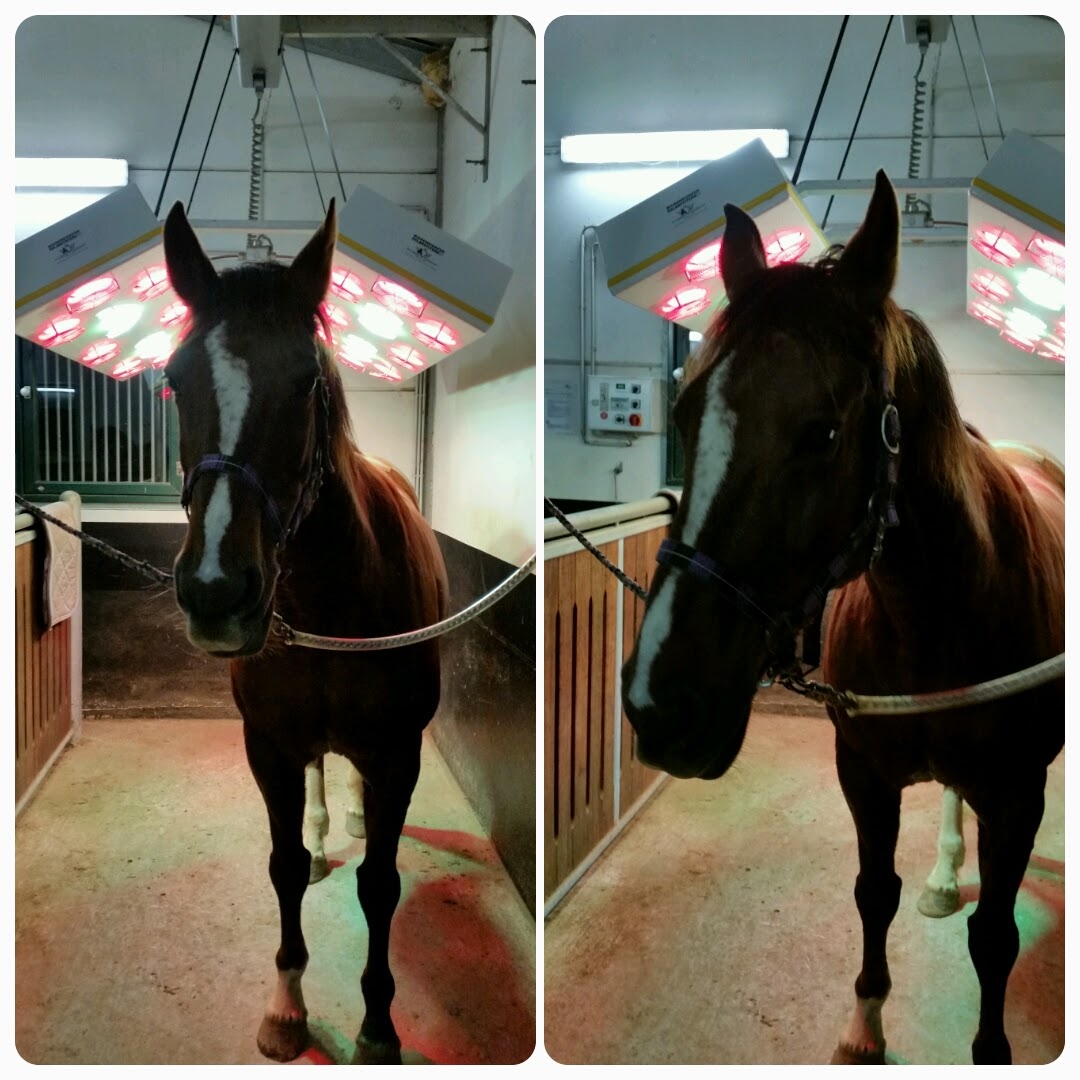 I had rugged them in 0grm Amigo Hero Lite turnouts on Thursday after it poured on them all week. Of course Friday & Saturday were dry to spite me, so I left the girls out without the rugs on Saturday evening as it was a warm 15C when I left them at 8.30pm. Q pouring rain all day Sunday and it's looking like sticking around today, so I'll be hauling them in & trying to dry them off so that I can put the rugs back on in the hopes of keeping their backs dry so that I can log some weekday saddle time!

A lot of my recent outside work/horses stress stems from the impending finalisation of my apartment & the stress I feel at furnishing it. This is the first time I will be buying my own furniture so it is a lot to budget for in one fell swoop & my browsing over the last month has left me cold at the prices of things in Lux. However Sunday I found a sweet deal (thanks to my awesome bargaining mama) on a super comfortable couch at an expo sale, so that has also raised my spirits. Now to find beds, why the mattress, slats & frame have to be sold separately and at such prices is beyond me...but now that we got amazing bargains on the kitchen & couch I know to hold out for bargaining on the beds etc also. All I can say is thankfully the bathrooms, tiling & painting was all included in the sale of the flat or I would be super strapped for cash if i had to add all that on as extra on top of buying all the furniture things!
Posted by Aoife at 15:01