There is no better way to spend a Saturday morning (in my opinion of course) than by going for a stroll in the woods with my two best girls.
They were angelic despite our meeting a plethora of distractions - sadly I didn't venture to photograph any of these as no matter how good my girls are you never know what might spook them & sitting on one while holding the other doesn't leave me an extra hand to snap more pictures...so sorry, you're just going to have to (a) take my word for it & (b) make do with my blurry between the ear shots #sorrynotsorry 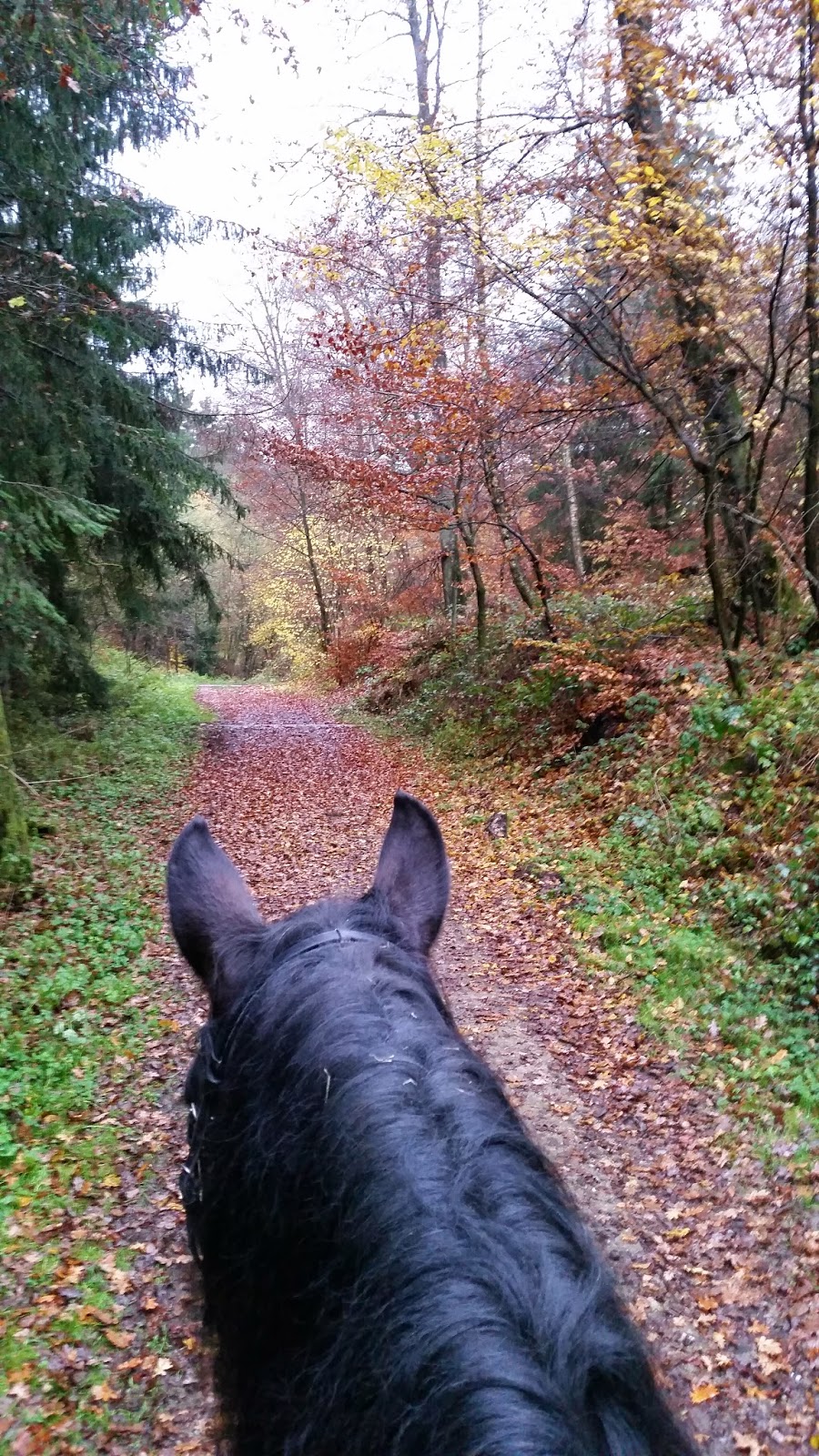 Distraction #1 was a horse & cart/carriage type thing before we even left the property as there is a carriage driving workshop at our yard this weekend. I had no idea how Nancy would react wih me on her back & not alongside her on the ground & I figured if Nancy freaked there'd be no saying how flighty Kika would handle it. I needn't have worried however as although Nancy did give them a wide berth and a bit of the hairy eyeball she didn't break stride, spin nor speed up. Thanks to that & K being inside N i cannot say if Kika even realised that we passed them lolz 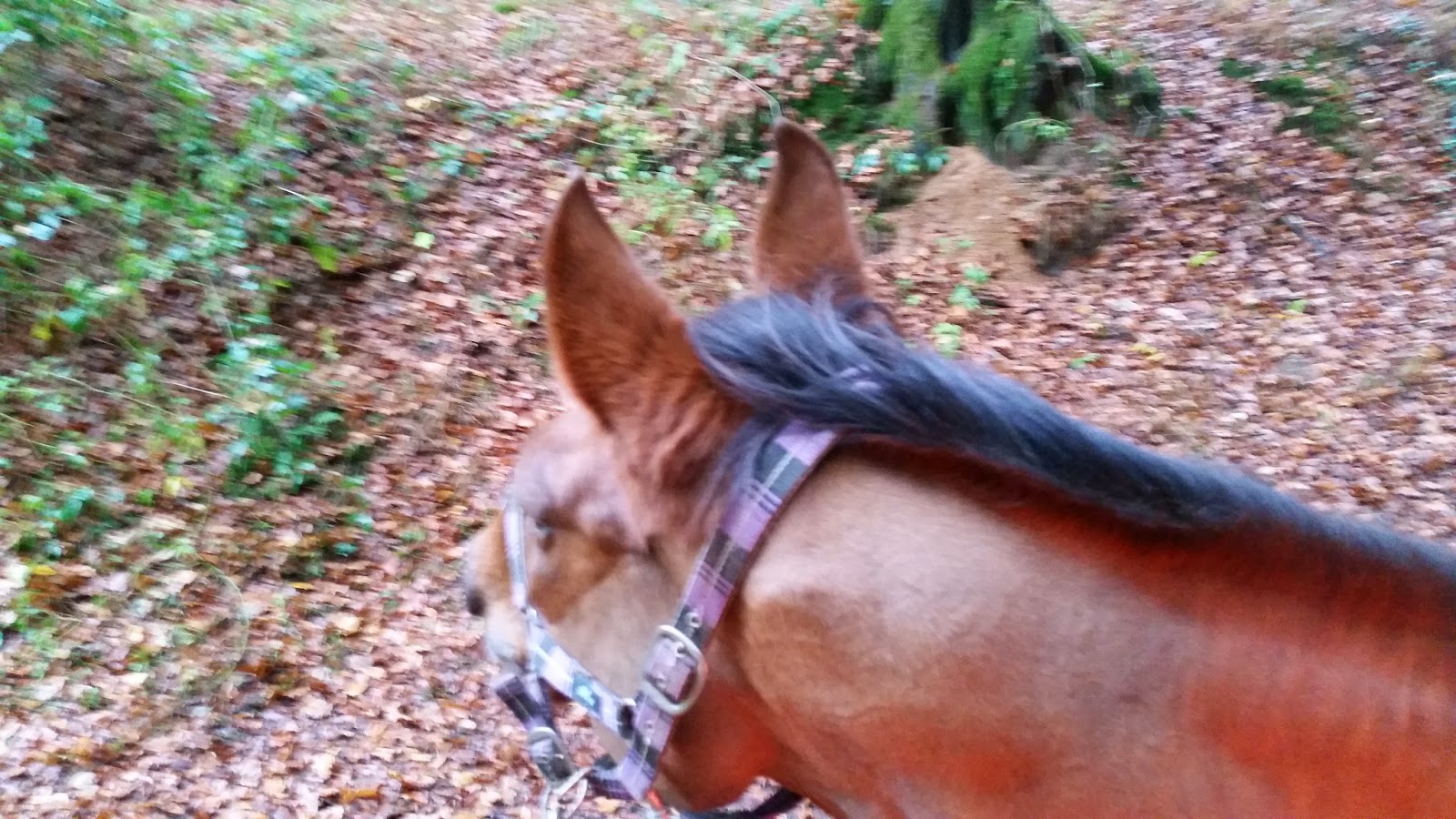 Distraction #2 happened shortly thereafter where a digger came up behind us, so I pulled in to let them past again hoping they wouldn't freak, dump me and take off in different directions ploughing up the field of planted goods we had stopped alongside. Again I needn't have worried as my cool as a cucumber 5 yr old calmly watched the digger rumble by, again K was on the i her side of her and I cannot say if she questioned why we'd stopped other than to wonder why she couldn't stuff her face with the grass we were standing on.


Distraction #3 immediately after letting the digger passed we met the Guru walking her two gorgeous bearded collies and another yard friend with her french bull dog, so we stopped again for a quick chat. This all happened before we even reached the woods which are no more than a 20 minute walk from the yard!!!


Distraction #4 was meeting another yard person hand walking their horse on the trails - NBD said the girls. 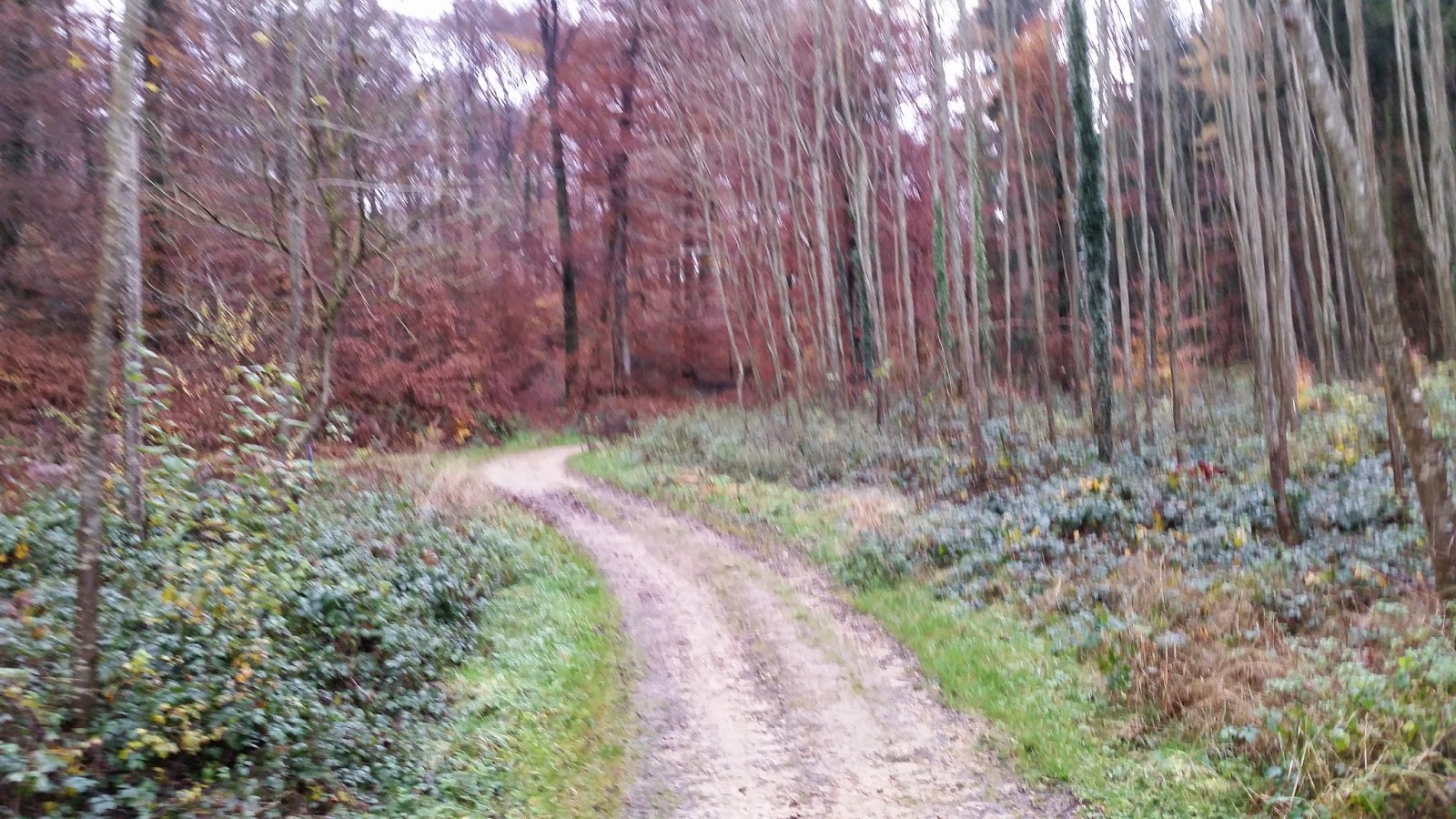 #5 was about 5 minutes later when a cyclist passed us in a wonderfully slow gear as we were all going up hill. He seemed like a happy happy & exchanged some banter about my taking the animals for a walk - Admittedly he must have also just passed the fellow barnmate hand walking his horse then came upon me riding one & leading another. He rightly fully probably thought us cracked. 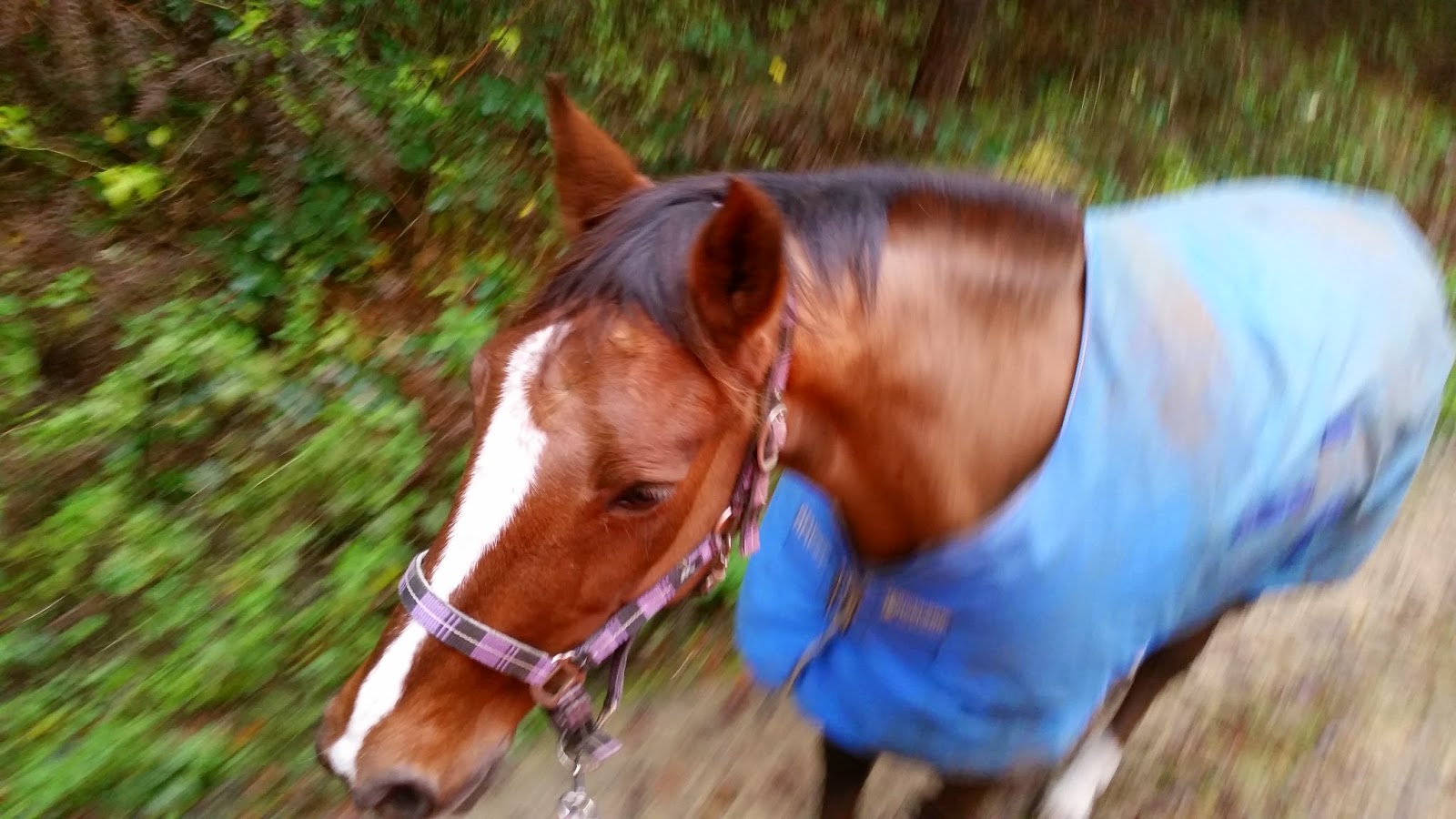 About 15 minutes later I met another rider, again on foot although her horse was tacked up. We came upon them after turning a corner so neither of mine saw them coming & their reaction was comical. Nancy stopped & stared then two minutes after K noticed and jumped. Again NBD and we carried on our merry way. 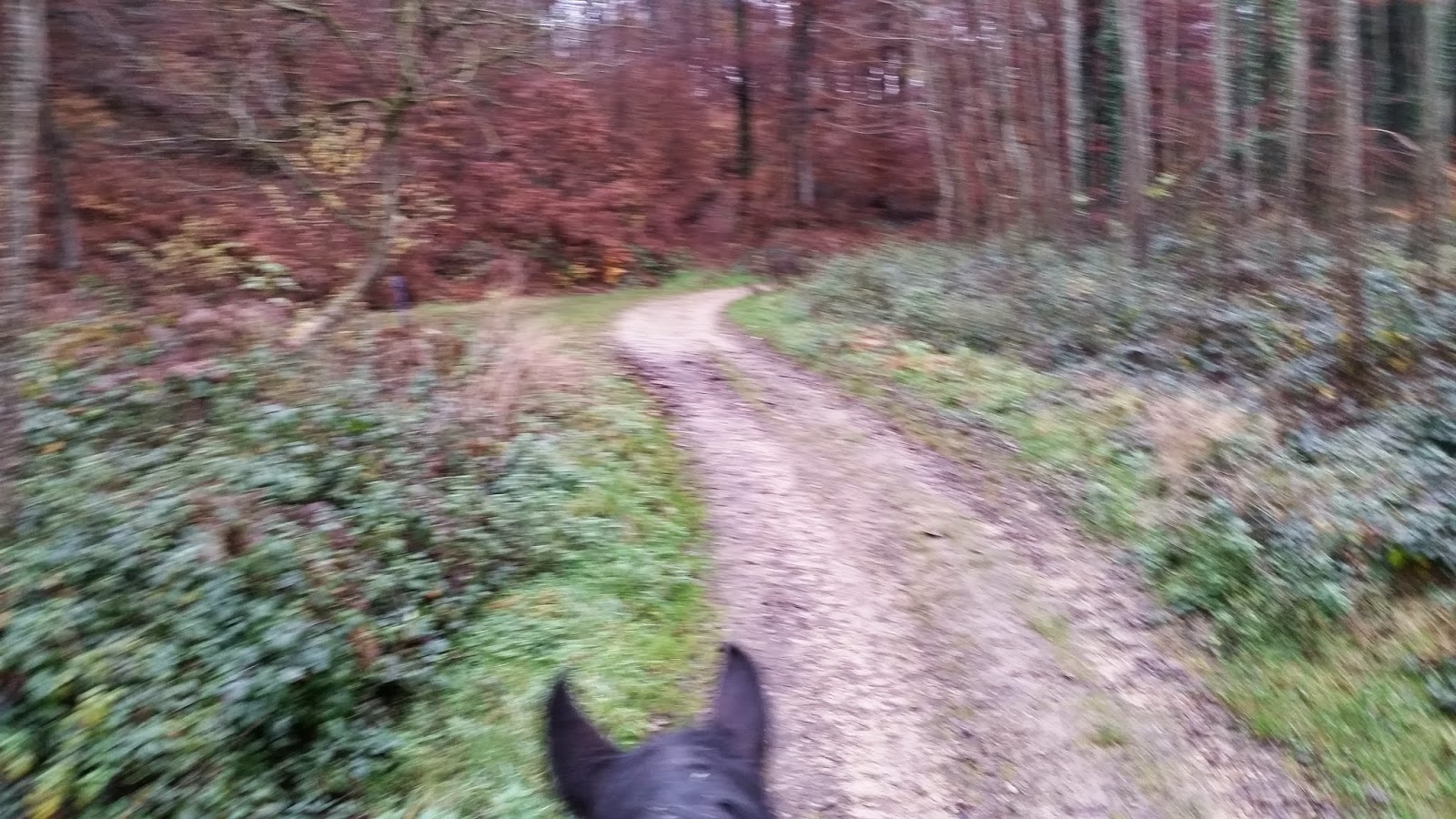 Distraction #7 has to have been the most inconspicuous of all the things we crossed paths with but got the biggest reactions from my windy weirdo horses. LEAVES started falling from the trees, I found it magical - Nancy less so so she jumped, which made Kika jump (despite my being sure she has no idea why she jumped other than because Nancy did) which made Nancy jump again.
They cracked me up, this was their biggest spook of the whole spin. Not the carriage driver, not the digger, not the cyclist coming from behind them but leaves falling from the trees. Such Silly Billies!!!! 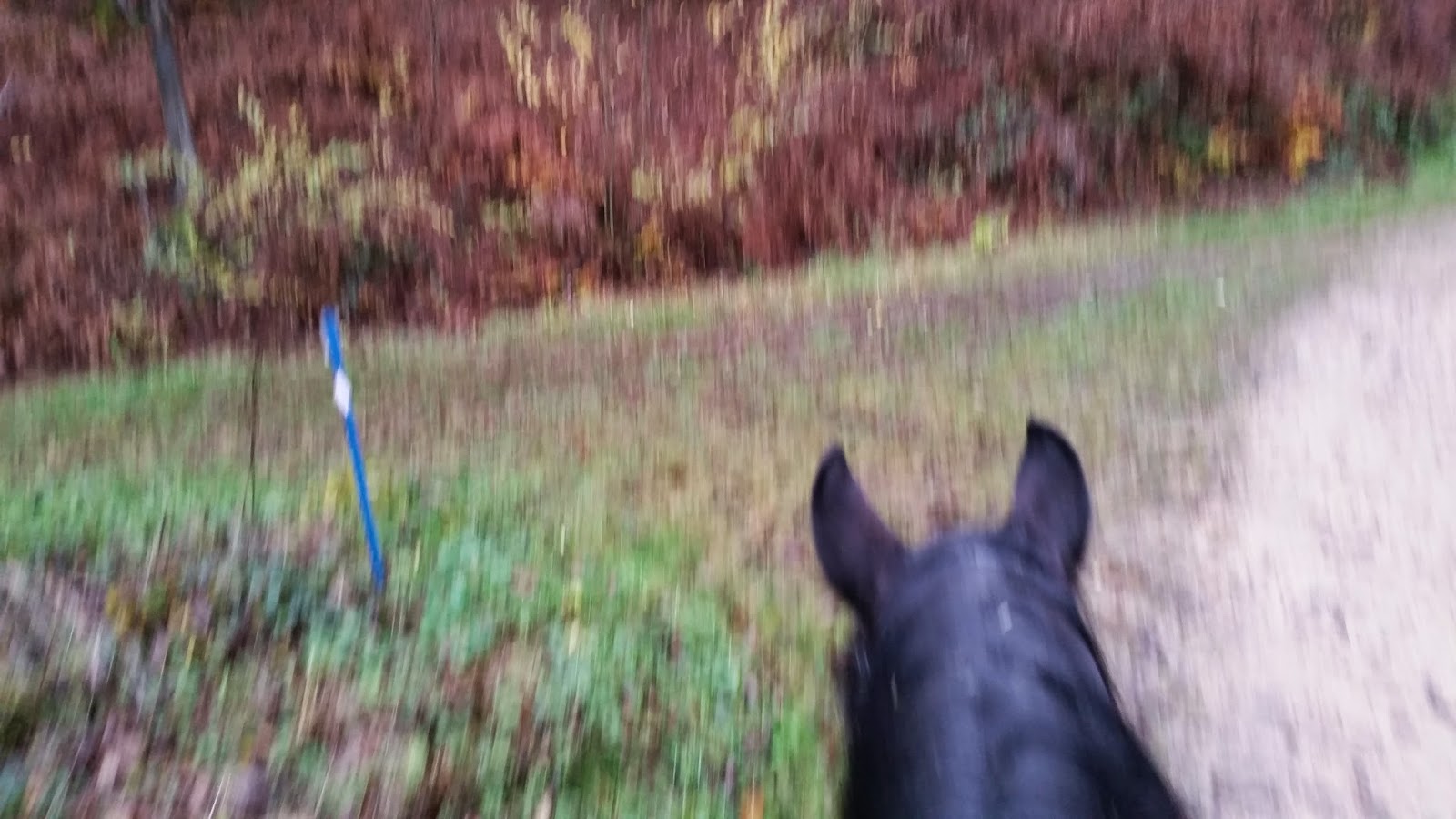 A jogger overtook us without incident for distraction #8. Not so much as an ear flick for me either girl, to be honest I was probably more surprised than they were as i hadn't seen him coming. I was proud of myself for being Nancy stoic & not Kika spooky as i didn't jump when I saw him ;-) 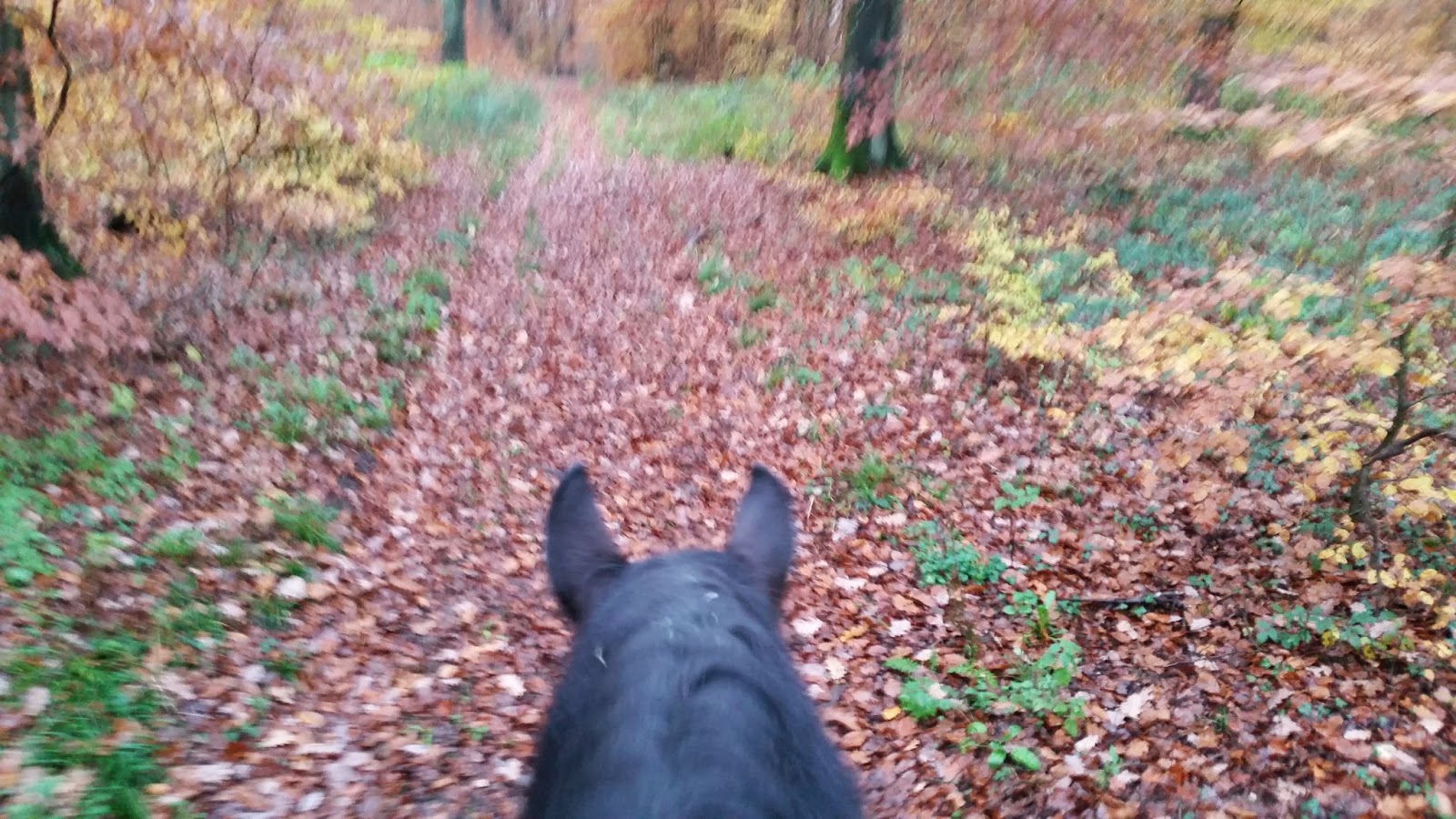 Finally as we were almost home we crossed paths with our final distraction which again illicit ed an unusual & unwarranted (imo) response from Miss Nancy. A fellow livery was hand grazing her mare on the grass verge along the road we were walking on. Now maybe the mare was sending scary vibes Nancy's way, or perhaps it was the we're almost home effect - but N couldn't possibly walk passed her normally, she had to bulge and gawp was we stataco choppy walked passed with Kika looking at her dopey'ly. 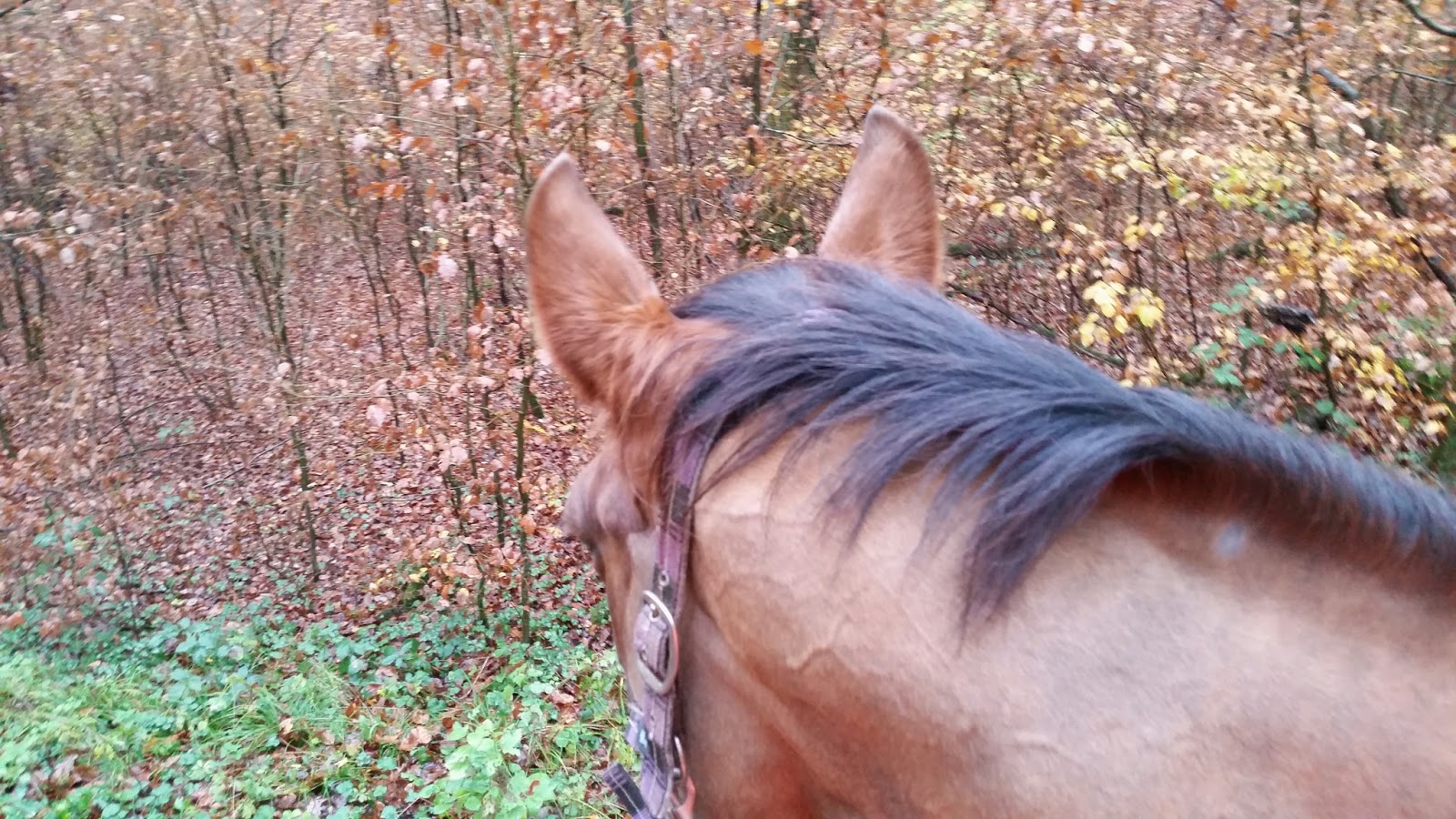 The other mare did spin to gawk at us after we'd passed, but to my eye gave no reason for N to stare at her like that while we walked passed. 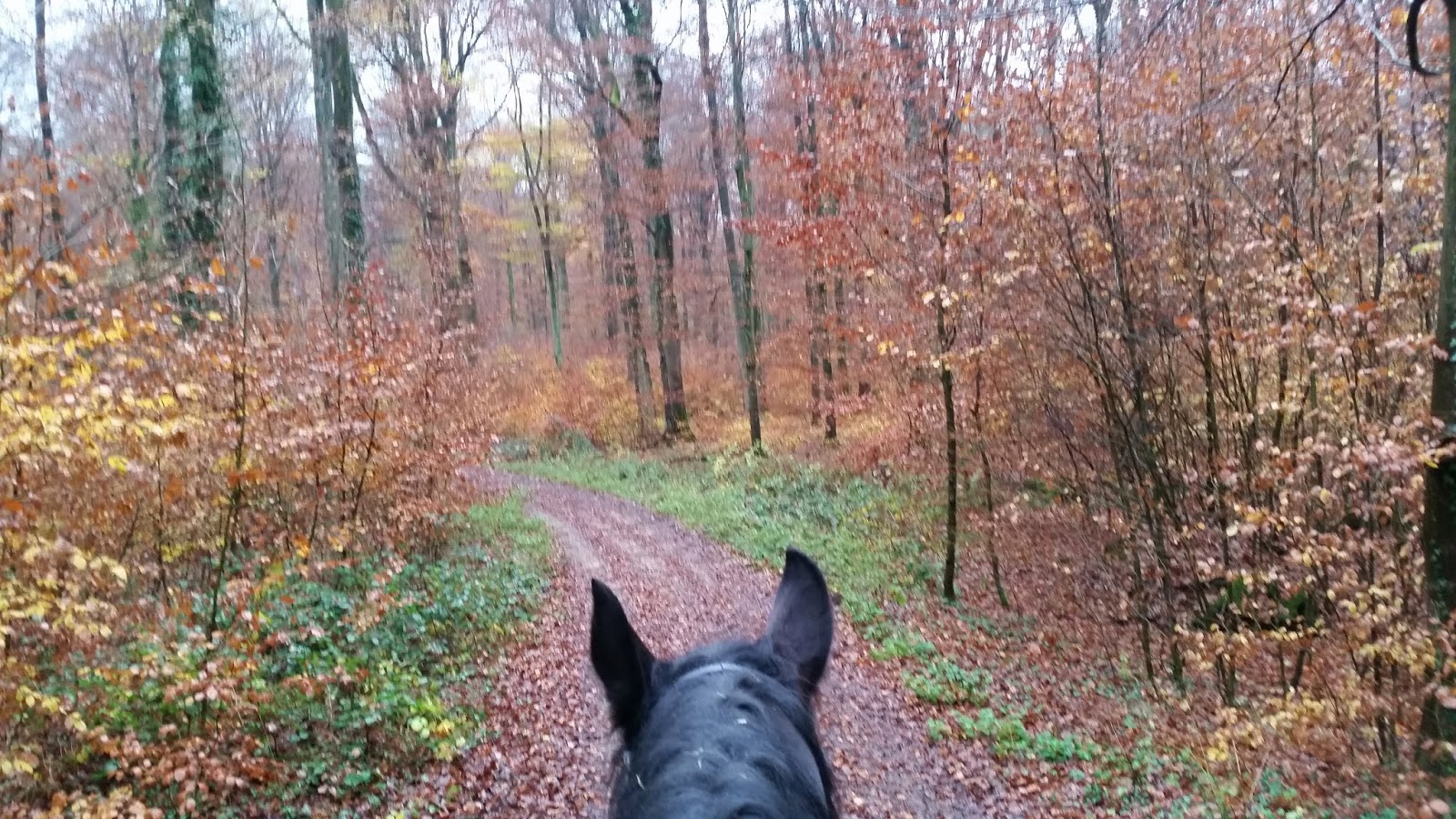 I cleaned their feet, applied Klausan blue spray, rugged Nancy back up and retraced our steps to their winter turnout. Refilled their water, hung two haynets and let them to their own devices for the afternoon.

Returning to the stable I cleaned their stables and tidied my tack etc away before heading home to shower scoff some soup and am off now for some more furniture etc shopping - oh the joys!