As mentioned in my previous post I spent 2 days/1 night in Essen in Germany at the mahoosive Equine trade fair that is Equitana! This was my first year going and man was i blown away - the amount of trade stands was crazy! 12 Halls in a huge expo center, boy was I glad we had the two days to mosy around! 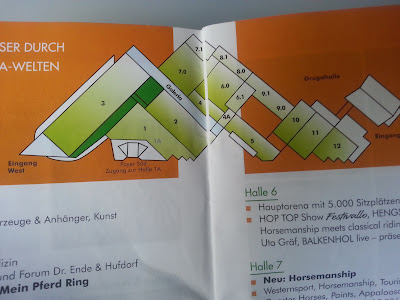 I was very well behaved on the spending front as, although that had more to do with the fact that I didn't have the pennies to spare than a reflection on the goods on offer. The girls I went with were much better spenders than I was, ;-) 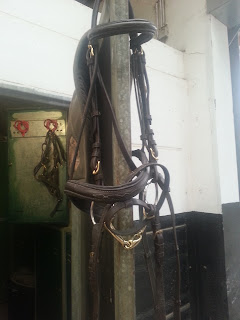 I picked up the bit i wanted for Kika & a pair of reins for Nancy...last of the big spenders I am!
Although I was exceedingly good on not buying equine things for the sake of it - I did still end up spending more money than expected due to shepherding/ enclosed/ trapped situation that was being in the halls and limited in where you could get drinks/food!
Those prices were the cripplers and where most of my money was spent! :(

On to the photos now with less words from me I hope!
Phew - I hear readers sigh, can't say I blame you as my posts do tend to be waffly! I must apologise for my previous post, I didn't realise how long it was until after I hit poot! Woopsy!

Each hall had at least one arena/display area which hilighted different breeds/disciplines & were often educational...or so I gather. It was all in German and I couldn't understand everything! *blush*
I should probably start back at classes! :p 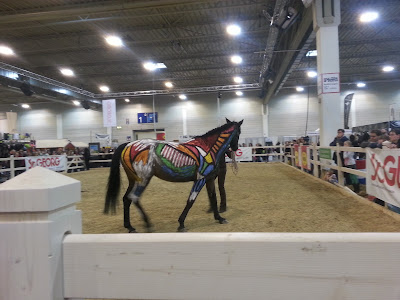 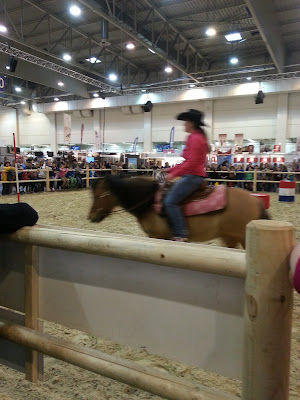 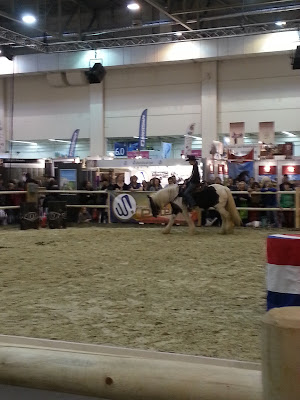 Highlighting the versatility of the Friesan breed:

Then came the Icelandics: 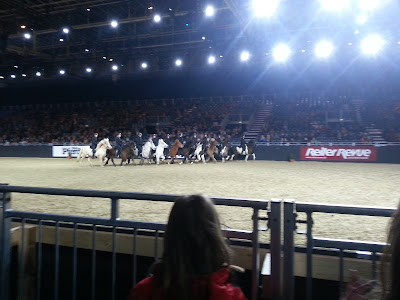 And finally for this post some heavy horses - looking all spiffy. 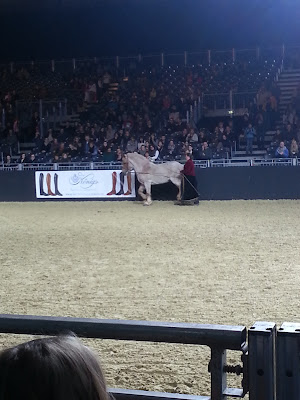 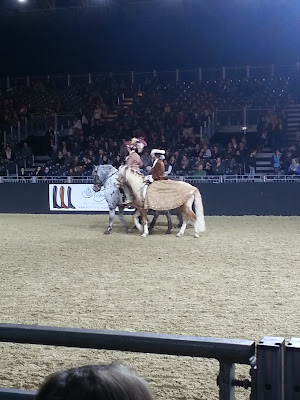 Next post will have photos & mini-videos of the Show which was on Saturday night showcasing wonderful horsemanship & equine/human relationships!

PS: Apologies for fuzzyness of some of the photos - you wouldn't believe how cold it was in that arena - that and I was again getting used to having my camera phone back again - sorry quality isn't better! :/
Posted by Aoife at 09:23