Better for a bit of a break?

I say a bit of a break as last week Kika and I worked quite a lot toward the end of the week with lessons with L on Thursday, Friday, day off Saturday, lesson Sunday and L rode Miss Kika on monday. With it being St Patricks day toay, as an ex-Pat living abroad this is a busy week for us, add to this that my Guru was away on a mini-break from Tuesday to Thursday and we have a quite week for Kika,

Tuesday herself and O got loose schooled, Wednesday I lunged Miss Kika in the outrdoor over three poles, she went very well. Thursday another friend N let K and O run in an arena as i couldn't make it at all due to having organised a Paddy's day party at work. Friday was such a glorious day (21 C) i couldn't face bringing Kika in from the field and take the sun off her back, so she was out there all day sunbathing

Then this morning dawned considerably less warmer than yesterday (boo hiss - why is it always better weather when i've to be in an office!), down to 11 C - but that is not really relevant to todays tale...

Arrived at the yard about 10am, took off Kika's rug had a quick chat with N who was waiting for her farrier. Spied that my favourite ring to ride in was quiet, so brought herself out of the stable and went about grooming and tacking her up in MY new dressage saddle.

Yep, signed, sealed and delivered, i paid N for it n wednesday evening and it is now all mine!
Happy Days!

Up we went to the arena, there was one other person riding but no biggie. Started my handwalking, typically i do two circuits of the arena on foot myself in each direction with herself. Hopped up and did another circuit or two as a way of warming up. She was well calm in herself - our arena companion even asked had she been in the walker prior to tacking up as she was nicely settled.

I started asking her to pay a bit more attention to me and coaxed her into an outline while keeping the legs on to try and encourage everything to work simultaneously. We moved up into some trotting and immediately got nice sedate, concentrated, calm work. We circled (properly as i'd been taught last weekend), changed rein, circled some more and then a couple of serpentines before working on some walk trot transitions and some more circles. At this stage my arena companion departed and we did some sitting trot, circles etc before moving up into canter.

Yep you read that right, I voluntarily cantered on my own!

First time we struck off on the wrong lead, completely my fault as I'm a muppet and was asking for canter with the wrong leg, so technically Kika was in fact doing as she was told - it was just me riding like a clown!

Got a nice steady trot and tried again, correct lead this time and i pushed her forward with my legs and seat while staying on our circle. Low and behold she came down into an outline and released her back! Such a difference from our usual cantering and needless to say I was over the moon. Came back to trot after our circle and moved down to the other end of the arena and tried again down there, success! We managed to repeat a balanced canter and moved out to use the whole arena for a circuit. Came back to trot and L showed up, so I beamed at her and said I was over the moon that we'd managed some good canter work on our good rein. She congratulated us and then smiled evilly and said..."Show me"

So I circled down her end of the arena and at C asked for canter - SUCCESS, same as when I was on my own our transition up went without a fuss and after a stride or two she rounded underneath me and we came back to trot when we got back to our start point to a happy head from L.
I changed the rein across the diagonal and immediately at A asked again for canter, first time on our "bad rein" - changed nothing about my request of attitude, treated it like before et voila! As at C, struck off and rounded aftrer a few strides - to say i am over the moon is an understatement.

L said she was going off to ready her horse as she had to go for dinner with her folks at 12 (and this was almost 11), she left us to it. I picked back up a nice trot and asked for two more canters on our "bad rein", although you wouldn't have known it today, then came back to trot and let her stretch out.
I came home with a big happy head on me after tossing herself out in the field for the afternoon with her rug back on ,

, smelly cold weather back again - unfortunately someone was telling me during the week that snow is forecast for this coming week!
Boo Hiss!

Now we're not going to win any Prix St George's or anything, but even the smallest victories need celebrating in my book!

I was pretty happy with how i rode and am over the moon with how Kika went, it actually felt like our lessons feel but almost sweeter as it was all on my own!

I'll see if i can get The Mammy to come with me tomorrow to take pics/film on my phone - although i can't promise i won't ride like a pillock as i'll still be on a high from today - that's usually when i end up riding like a plank for a few days before i get the Guru to whip me back into shape again,

As a thank you for reading, here is the little video (only 10seconds or so long) of Kika in the field that i mentioned in my previous post. 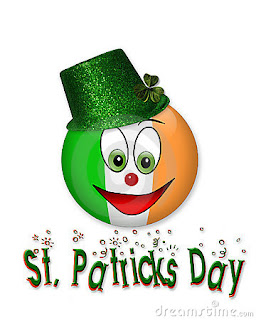