It was a wonderful weekend for us as the yard hosted it's 2 day  dressage competitions, we got fabulous weather for it (loads of pictures to follow in a later post), this invariably meant arena riding space was limited over the weekend which encouraged me & the girls out into the woods for some happy hacking. 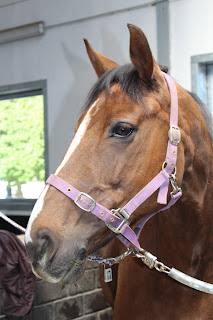 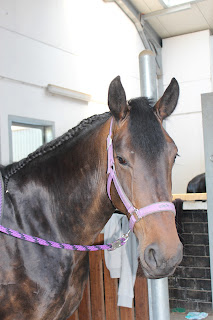 Before we go any further, can I just say I LOVE my horses!

Nancy was up first with a hack on Saturday afternoon, this horse is just so marvelous. She is technically 4 as of January 1st, but wasn't born until early June - so she is still actually three and despite only being ridden once & lunged once in the two weeks prior to our hack on Saturday she didn't put a foot wrong and even took the lead on occasions on trails she had never been on before. This was only her second time hacking in the woods!
She is such a super star - i cannot repeat how much i love her! 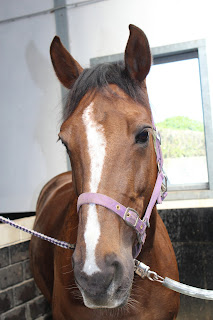 Kika got worked in the arena on Saturday evening and not to be outdone by the baby she was also a super star in her own way - she is still Kika after all! ;-)
Did everything that was asked of her yet tried to pretend to get upset when other horses passed arena door on their way to or from the dressage rings outside, but she settled after one skirmish sideways in trot and worked away like a dream afterwards.


Sunday was Kika's turn to hack out in the company of two other horses, she bravely lead the way down to the woods - which was a first for us in ages as in previous wood outings I had been hand walking her to the entrance and hopping up off a bench just inside the trees.
In typical Kika fashion when mounting from the ground she starts to walk as soon as your foot leaves the ground, when doing so on the way to the woods she has started turning around to look back towards the barn while I am swinging up which invariably leads to a brief discussion as to which direction we are going in, hence why she was driven off down towards the woods in front of the others ;-)
From there she didn't put a foot wrong as, the Guru on W (photo of big chestnut with white face in post from Ponies & Pooches), O was being ridden by another yard friend A-M and of course the bouncy bearded collies J & L kept us all in line! :D 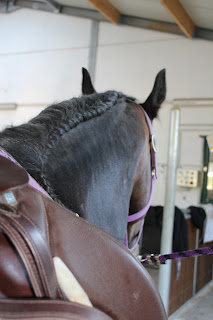 The Guru then asked if she could ride Nancy, which was no problem for me at all. The more better experienced riders she gets on her back in these early days the better it will be for her in the long run.
As N's mane is after getting so long, the Guru put a lovely plait in it so that fingers wouldn't get tangled. I'll have to get her to show me how to do that, I think it looks fab!

They had a wonderful spin together, Nancy moved like a dream for her - I probably should have tried to capture some of their work on video - but I was so enraptured myself that the thought never crossed my mind. Sorry guys, next time!

N just floats across the ground. Who knows, maybe some day if i get my riding up to scratch we might partake in a few dressage competitions ourselves!

Monday evening was another occasion taken by myself & the Guru to sneak out for a late evening hack in the woods to de-stress after work. I took N & she took W, the two newbies to the forest hacking scene. Nancy was a star and lead the older, more antsy W when necessary and really did me proud only getting a little stressed herself if walking alongside W when he was stressing, but even then she just took shorter choppier strides - still not an ounce of messing out of her. We even lead up a trail neither of the horses nor myself had been on before, she really is good as gold & a one in a million mare. I have to keep pinching myself that I am lucky enough to have her in my life! 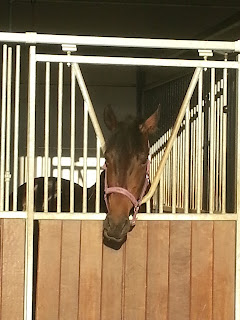 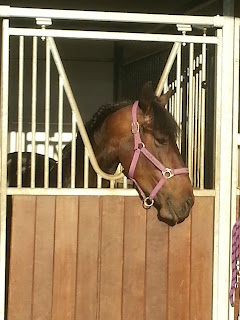 All photos were taken in Sunday!


Plan for this evening is an arena spin with Kika & some pessoa work with Nancy. :)
Posted by Aoife at 11:26