Today was the first day of SUMMER TIME TURNOUT - woohoo. Each time I think Summer Time Turnout - I get Lana Del Rey's Summertime Sadness stuck in my head. The girls get out a whole week earlier than usual, normally summer turnout starts on the 1st of May - but this year we got the green light to go ahead so the 4-horses, 3-humans & 2-dogs caravan headed off on our trek through the woods to the summer turnout field.

Please don't panic, I have plenty pictures to share from yesterday & today! Without too many words - makes for a change, huh? ;-)
There may also be some video of horsey's having fun letting loose on their first turnout - but we'll get to that... 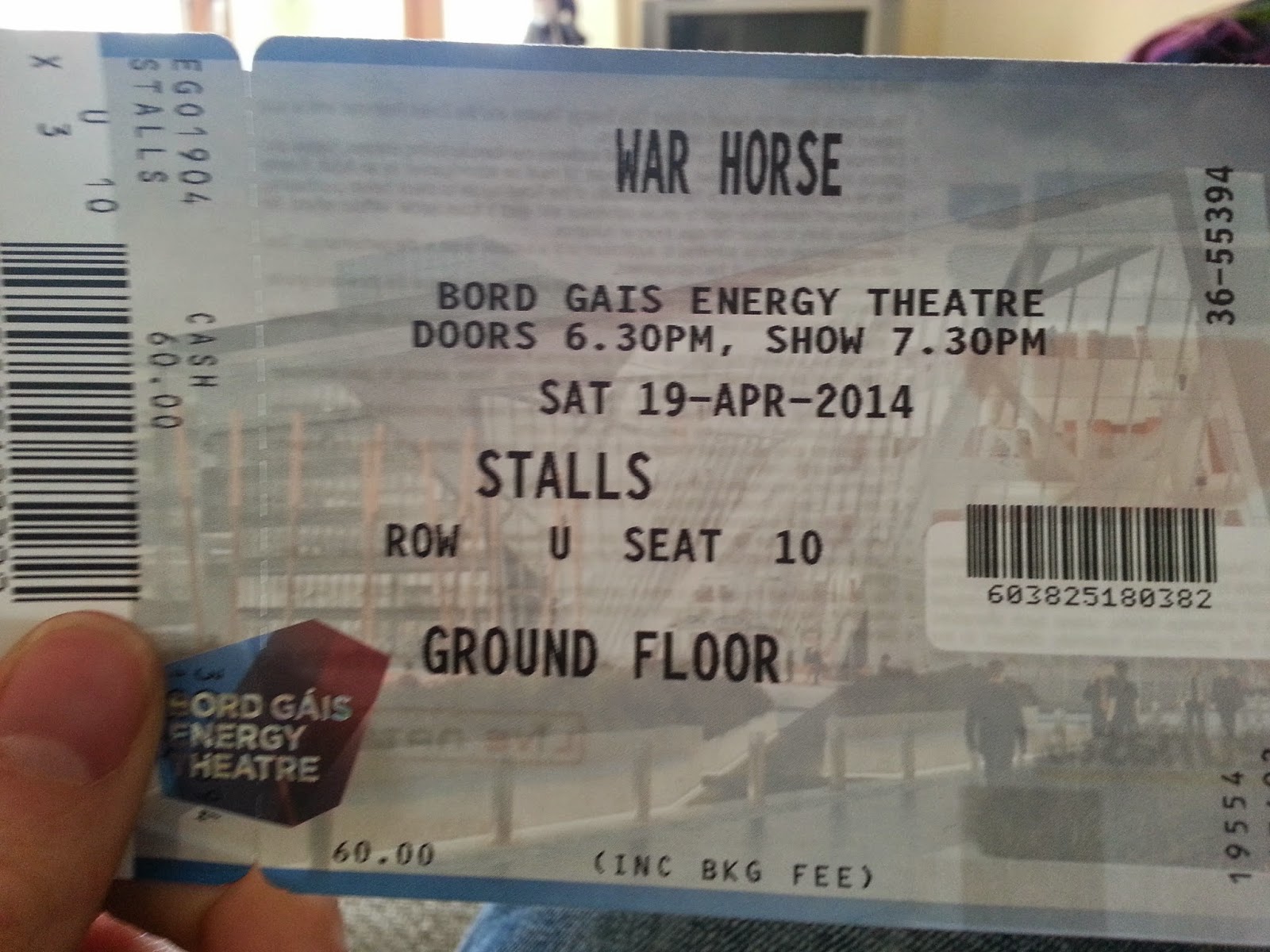 I spent 7 days in Ireland, where I spent lots of time with my lovely grandmother & many other fabulous family and friends as I pottered around Dublin/Tullamore - Leinster area where we had a family outing to War Horse which was fantabulous, the story and actors were a bit wishy-washy for me. I'm getting cranky in my old age and bitter about "happy endings".
However the horse puppets were AMAZING! So life like in their interactions with the other 'horses' and humans - fantastic. If you ever get the chance to see the stage production I cannot recommend it highly enough.
I sadly arrived back too late to jump on Wednesday evening, but did get a spin in on Kika Thursday. Nothing fancy just re-establishing my buttons after the Guru played with the girls over the days I was away. I really used the session to focus on me, my position, my heels & hands - in saying all that, I didn't use the mirror as much as I should in such a scenario and probably didn't make any progress...but every little helps and hopefully some day muscle memory will kick - well hopefully ;-)

I didn't end up riding Nancy as I was stupid and hadn't eaten enough before going to the yard so after hand grazing her and O for half an hour before turning them out (then riding Kika) and undoing fencing around the middle section of the winter turnout area which we tend to keep the monsters off of during the winter months to protect baby trees that are trying to go there - however as you can see from the photo I shared above & on instagram there was plenty green in the middle for them to scoff in preparation for summer turnout without too much risk of them overindulging too quickly for their sensitive tum-tums.

I went back last night to catch up with L and we hand-grazed the ponios for another good hour before tucking the little darlings in for their last night indoors for the foreseeable future - all going well.

Today was a fun day as I flooted about the place getting stuff set up for turning them out - the horsebox had to be packed with the essentials that we wold be leaving near the field as it got ready to take up residence alongside the summer field so that we can store stuff like first aid kits, brushes, feed, carrots, halters, leadropes, knight-gear (fly blankets), numnahs (so they don't stink up the cars as we journey there and back every evening) etc etc. The blacksmith had been due to get the girls some new kicks for our summer of forestry hacking at 5pm, but sadly he had to attend to some emergency earlier in the day and everything got derailed so we're rescheduling for some time next week hopefully. I don't think poor Nancy's feet will survive summer hacking without front shoes, so they may have to go back on - we've had such a gloriously dry spring that the ground is super hard and not ideal for barefoot hacking sadly (sort of sad as in I don't want monsoon weather for the rest of the summer for softer ground thanks weathergods!)


So much like last summer (LINK) the caravan headed on it's merry way to summer turnout, I shall now leave you with the videos of the frolicking that ensued the initial releasing of the gee-gees and whatever photos remain while I shut up ...SORRY as always this post has been considerably wordier than i thought it would be - hopefully all the photos make up for the word vomit. 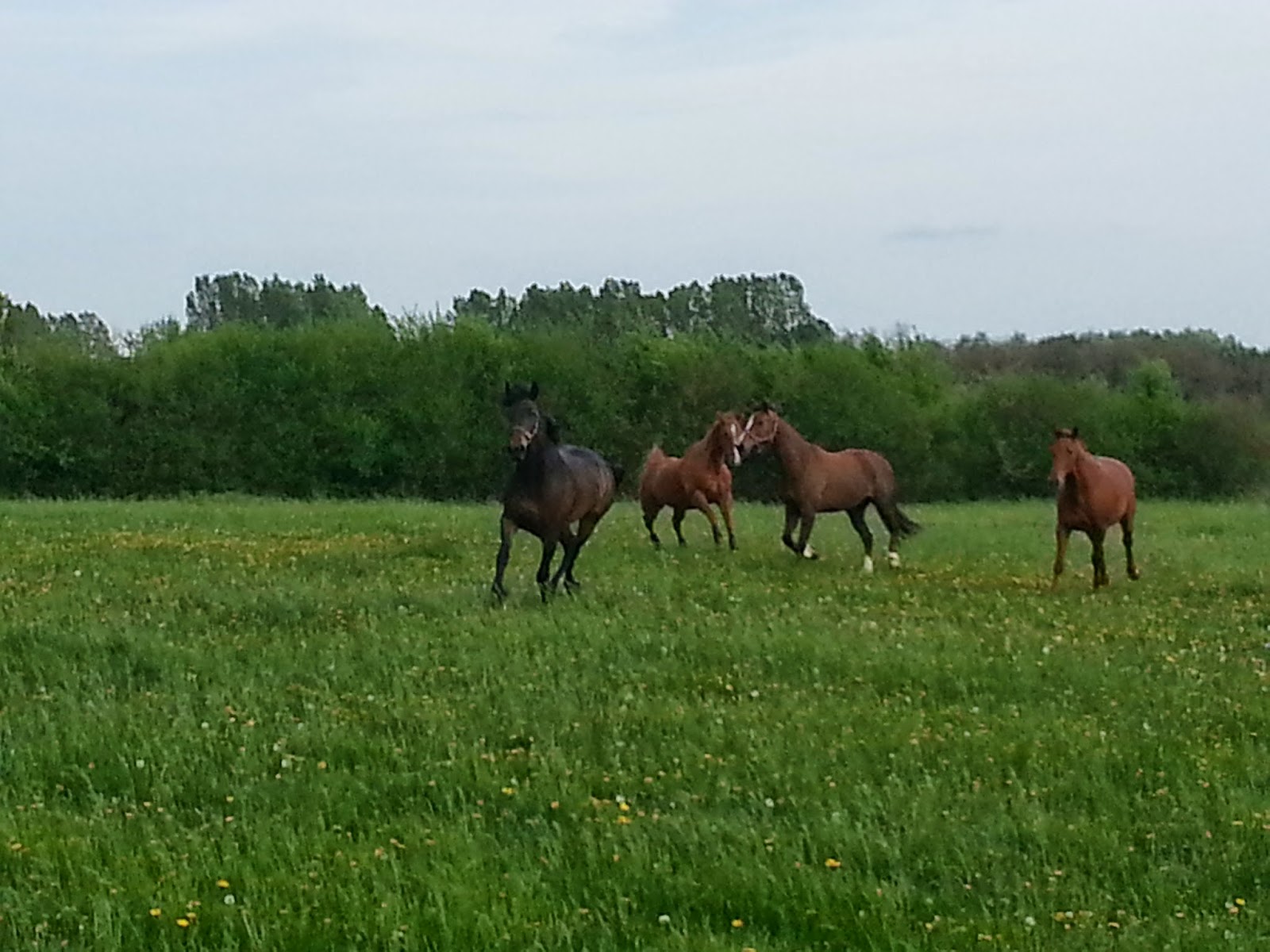 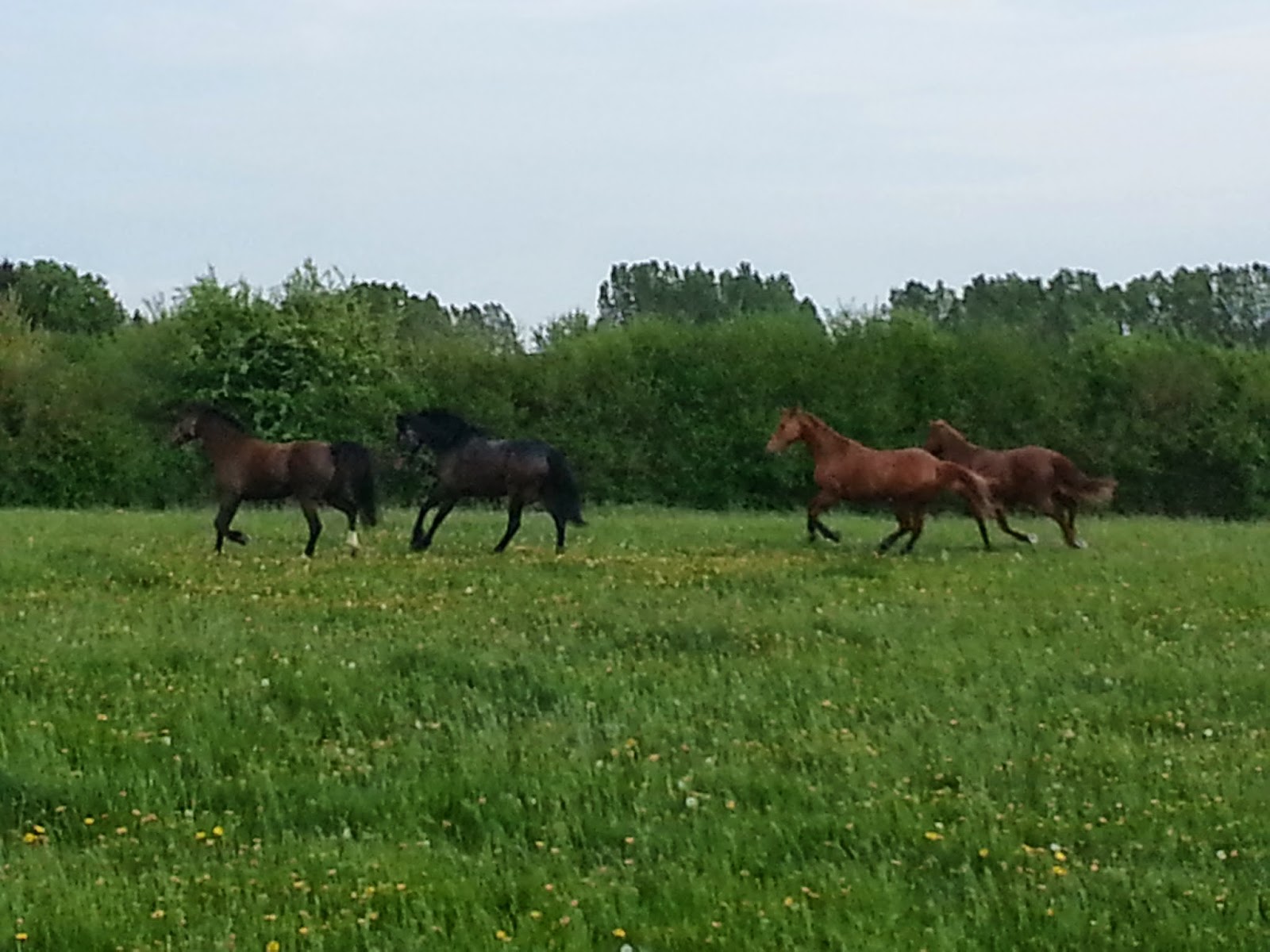