My return to the tack today was eventful. I knew Kika would be spicy, wiggly and awkward as she's Kika and i hadn't managed to ride her in about 3 weeks or more. So i knew I'd be in for some fun with her and took the necessary precaution of lunging her first.

She is always such a sweetheart to lunge, she just gets on with things without much fuss. There was some head shaking and front leg flailing in two of her canters - but no massive bucking/farting fits. This having gone well i hopped up and the wiggling started, she let me know that the sides of the arena were simply terrifying and walking in a straight line alongside them was going to be an issue for her.
No problem says I, I kept my cool and we walked and walked till her brain re-engaged. Lots of circles, changes of rein and serpentines finally got her brain clicked in enough for some trot and canter work.

It wasn't a bad spin compared to her rearing antics of the past (hopefully distant never to return past); but it was a far cry from the lovely work we are capable of. I am under no illusions that I have but myself to blame for not managing to keep up the saddle time so far this winter.
Fingers crossed this is now behind us...

Nancy has been quite antsy the last few days when I turn her out. When we leave the confines of the stable buildings she'd bounce on the spot making faces at Kika - to be fair Kika is always a lazy sod and lagging behind me when I lead the two of them out, so she may well have been needling at Nancy. I have no idea as i do not have eyes at the back of my head. However methinks it unlikely as Kika doesn't often annoy her when being led. I'm thinking now that maybe Nancy is in season and was just being witchy towards Kika. N also took to trotting in her excitement to get to turn out, not appreciated by me as mentioned above K lags behind so I'm stuck in the middle like a scarecrow. 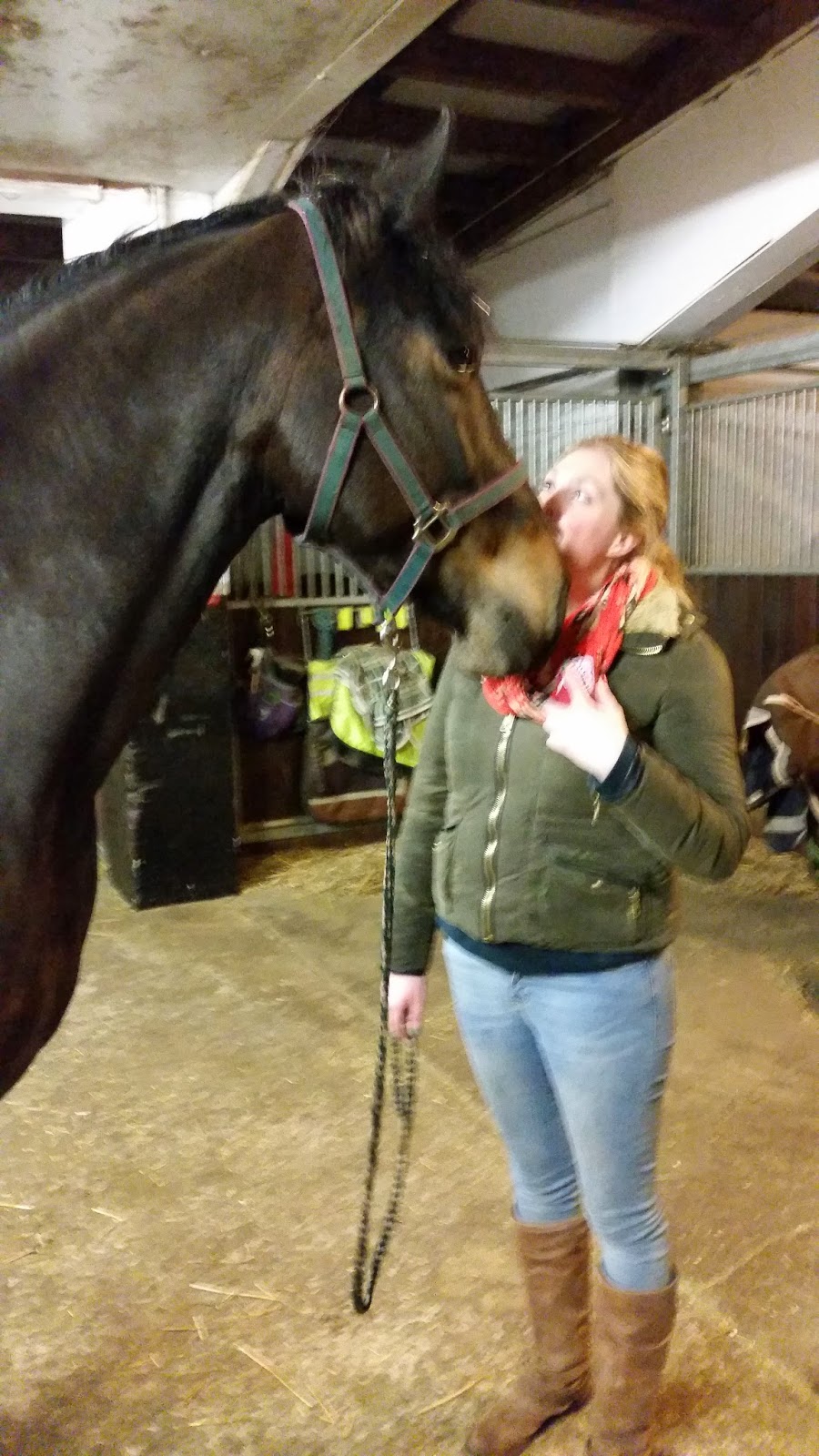 Saying all this I did not foresee Nancy's silliness under saddle coming. I mounted no problem and she stood like a good girl as i sorted myself out. When we started walking things got interesting, I felt her back come up under me and she coiled like a spring before kicking out - she has some bulk & power when you feel her bunch below you like that. So rather than the walk warm up i favour, we went straight to trot work where she threw another buck but half hearted as she didn't drop her head at all. She was one very unhappy camper through the whole ride when I asked her to walk going left handed (i get confused is this when your left had is on the inside, right?!).
I could feel her curl under me and swing her backside into the arena - we have been struggling with walking in a straight line on this rein our last few spins - she was very evasive today. I am hoping to get a lesson on each on Monday as I have the day off and i want eyes on the ground to help guide me through the issues with both girls before they become deep rooted problems.

N was much happier trotting and gave me some lovely trot and canter work. First canter also had a  bit of a hop, skip & a buck - but this often happens when we first canter after a break. I hadn't cantered her our last few spins under saddle.
I also hope to get the osteo out to check both girls over, they are prob a little ouchy as i don't think they have been seen by her since the summer.